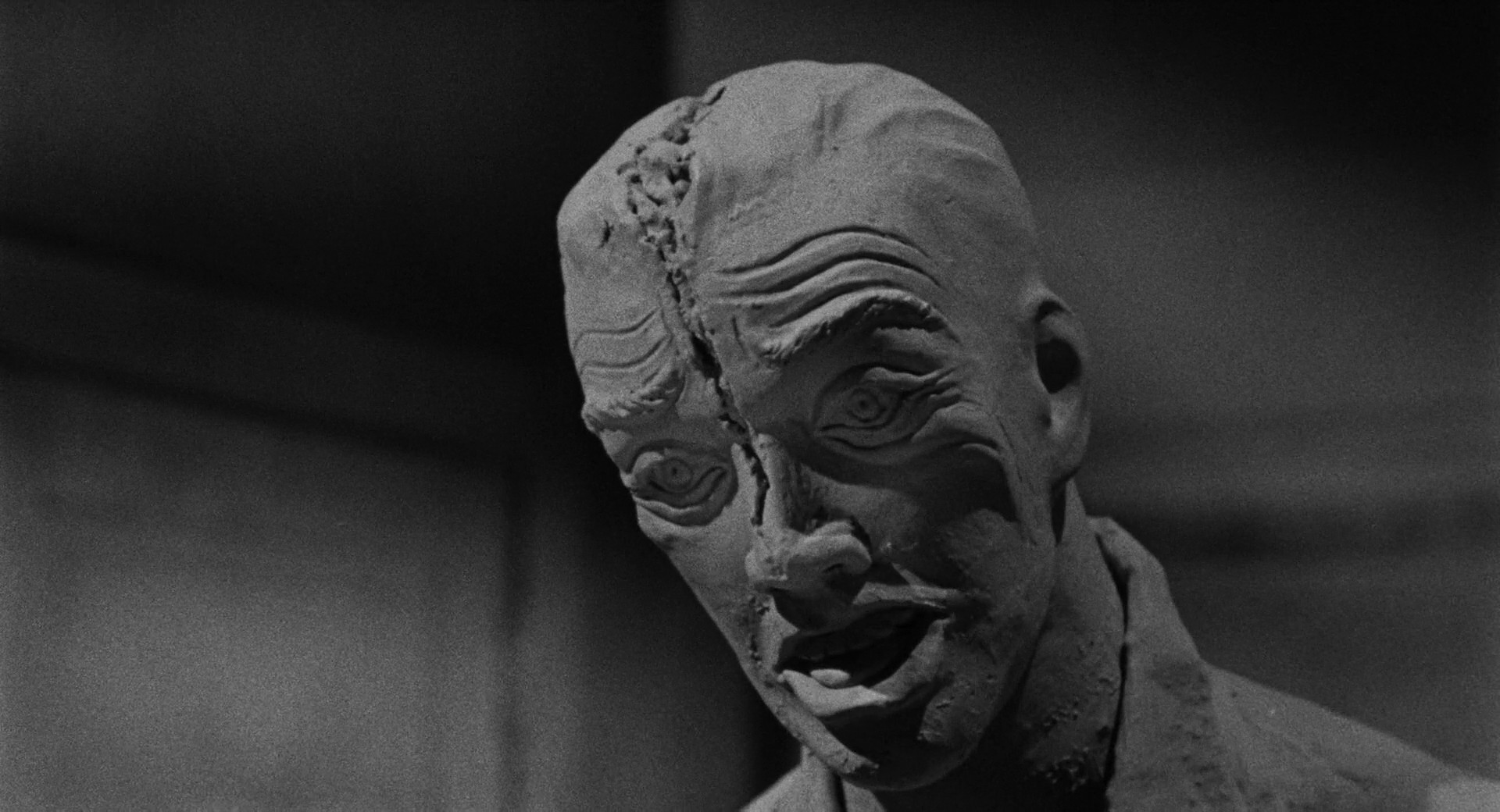 A Bucket of Blood

I’m proud to say my poetry is only understood by that minority which is aware.
29 June 2020

A waiter in a 50s beat cafe aspires to be an artist. When he accidentally kills a cat, he covers it in clay and passes it off as a sculpture to great acclaim. The death toll rises as his ‘sculptures’ become more and more extreme.

Murder as art—for each creation brought into the world, someone is taken out of it. A Bucket of Blood spends much of its time satirising beatniks and the art world but ends up itself being a sort of sick and twisted poem.

At its core it’s really just a black as night comedy, made to shock you into laughing, and it works. The statues are truly grotesque, and at barely 65 minutes long there’s little filler in the film for you to take a breather.

In a different light this could be an Ealing style comedy, with its preposterous and macabre premise. In the hands of Roger Corman it’s a body horror nightmare—still funny but not for all the family.