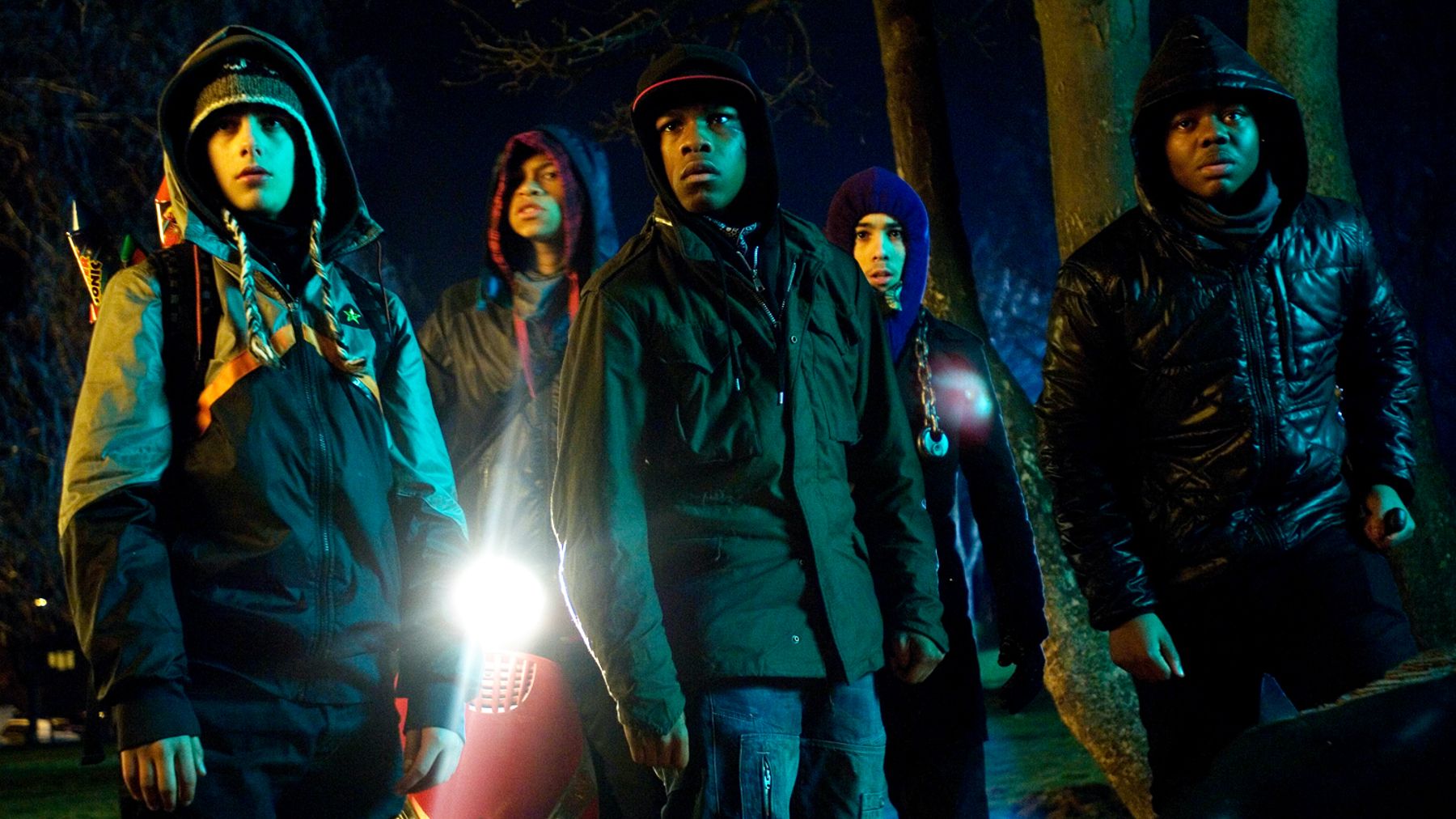 Maybe there was a party at the zoo, and a monkey fucked a fish.
03 September 2021

Aliens descend on a tower block in London, and a young gang of teenagers decide to take them on.

I remember this being a quick 90 minutes of unlikely fun (it is), but I’d forgotten its cleverly packaged message about how people can wind up in a life of crime. It’s eerily prescient given the current discourse on policing and racial minorities; our protagonist always expects to be locked up even as he saves London from an alien invasion.

A fun alien romp in an unusual setting combined with some striking direction and visual imagery. Worth a watch, and absolutely worth a re-watch if like me you haven’t seen it since its release.