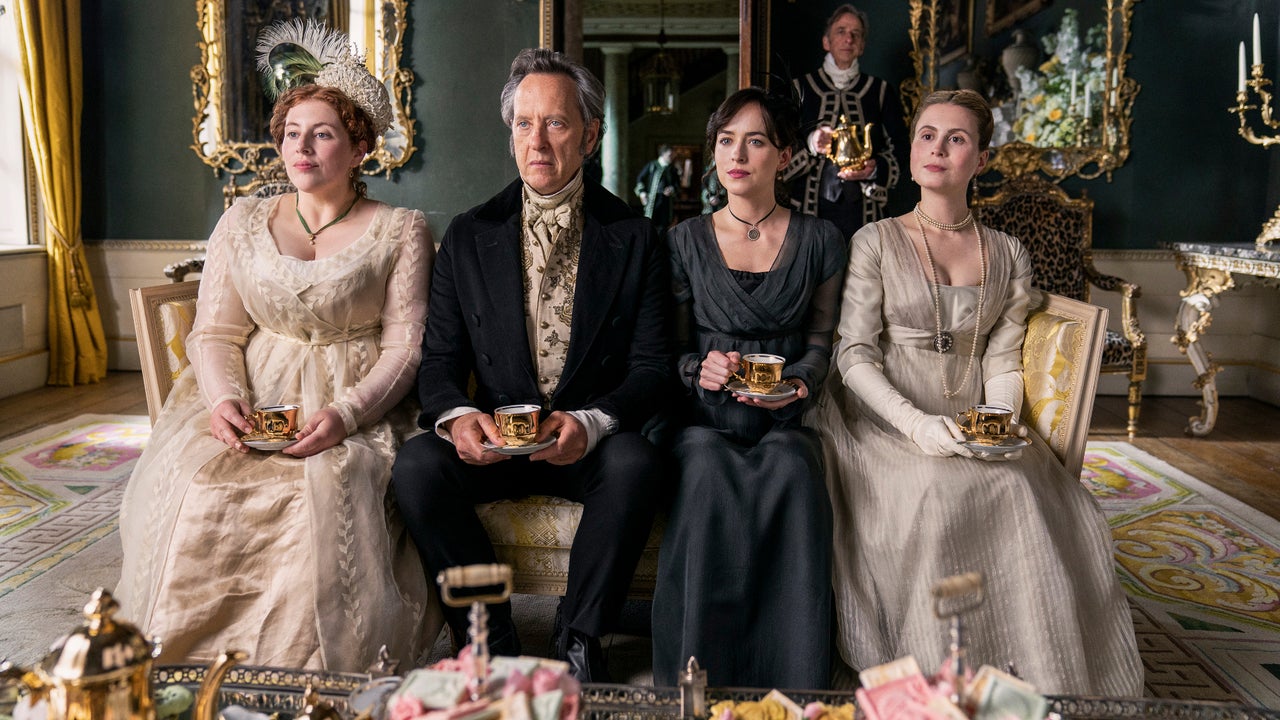 In Regency era England, Anne Elliot (Dakota Johnson) falls for a man (Cosmo Jarvis), but lets her family persuade her not to marry him due to his unknown status in society. When he returns eight years later as a successful naval officer, she ponders taking another chance at romance.

I’m not here to defend the integrity of Jane Austen’s work, films like Emma have shown that a modern take on her novels can work even when set in period. Plus to my shame I don’t know the first thing about Persuasion so I’m in no position to talk about the book.

However, this is like you picked Emma from the bargain bucket at Poundland.

The elephant in the room for those who have seen the film is that it poorly imitates (and perhaps misunderstands) the TV hit Fleabag (regular readers might be surprised to hear that I do actually watch television). The monologuing to the camera, breaking the fourth wall and fleeting looks to the viewer are incredibly misjudged here, it’s a confused mess.

This is the place to come if you want to watch some good actors deliver some astonishingly poor lines. Couple that with some uninspired direction, editing, set design etcetera and you’ve got a film that is sure to anger fans of Jane Austen, Fleabag and Bridgerton in equal measure.