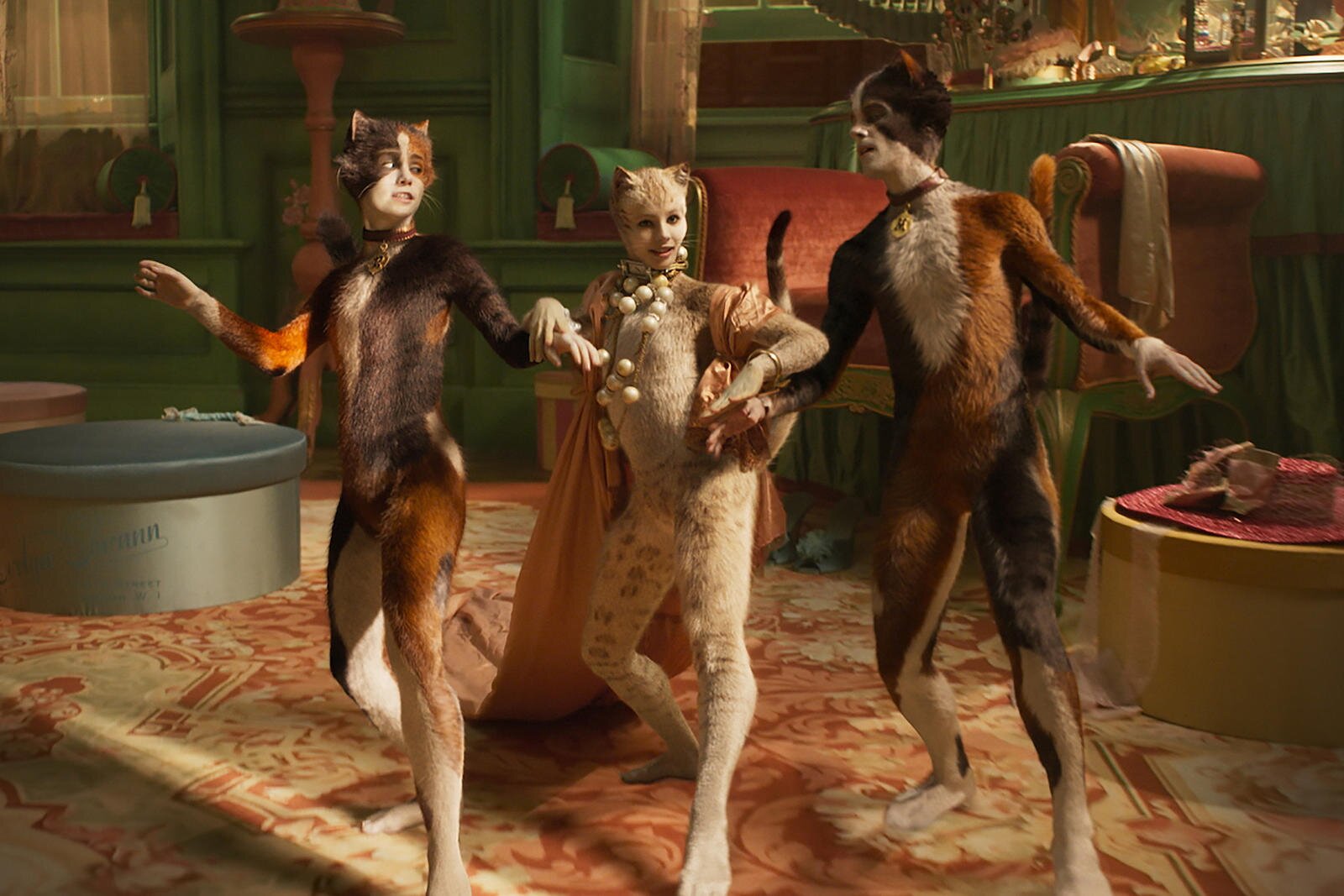 A strange and disturbing nightmare that I wish I hadn’t seen. Hooper’s close-up style and penchant for hand held cameras accentuates the piss-poor CGI plastered all over the cat costumes. It’s a match made in hell.

An already irritating stage play made more so by this awful mess of a film. Bad way to start the new year.