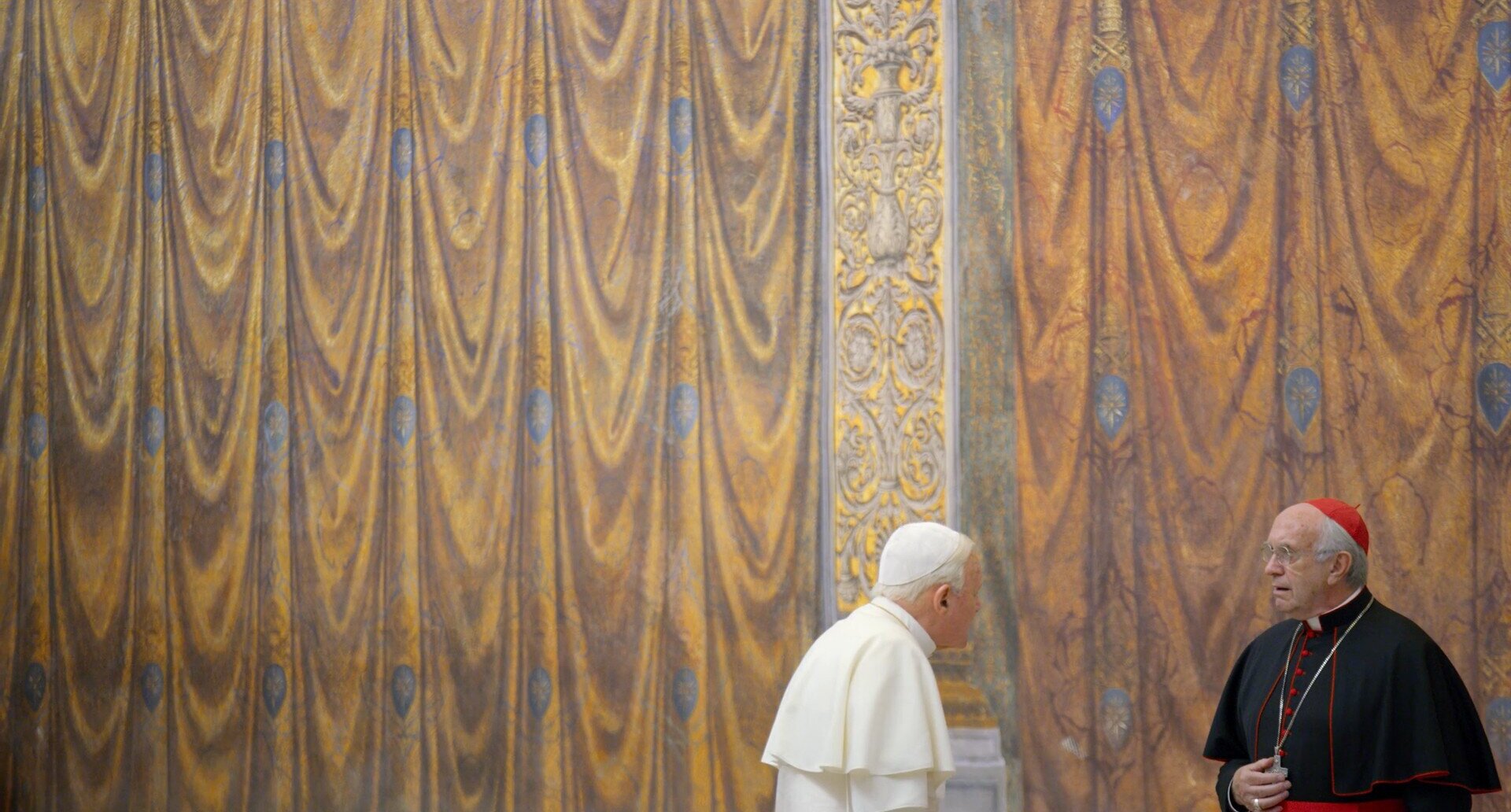 There’s an element of sickly sweet fantasy at play here that viewers of The Crown will be familiar with. Getting a glimpse behind the scenes at one of the most powerful, famous and mysterious institutions in the world is a difficult prospect to resist. It feels good while you are watching it, but it leaves you feeling empty and furiously googling fact or fiction.

That said, The Two Popes does have two very strong lead actors that give it a purpose. Hopkins in particular puts in a surprisingly nuanced performance as the much maligned Pope Benedict, painting him in a sympathetic light while keeping him recognisable.

It’s the two-hander scenes where Pryce and Hopkins are battling it out that the film strikes gold. The contrast of two wildly different characters caught in the same job and leading the same people is compelling.

The Two Popes works for the most part though, and that is probably more than one might expect from reading a plot outline.