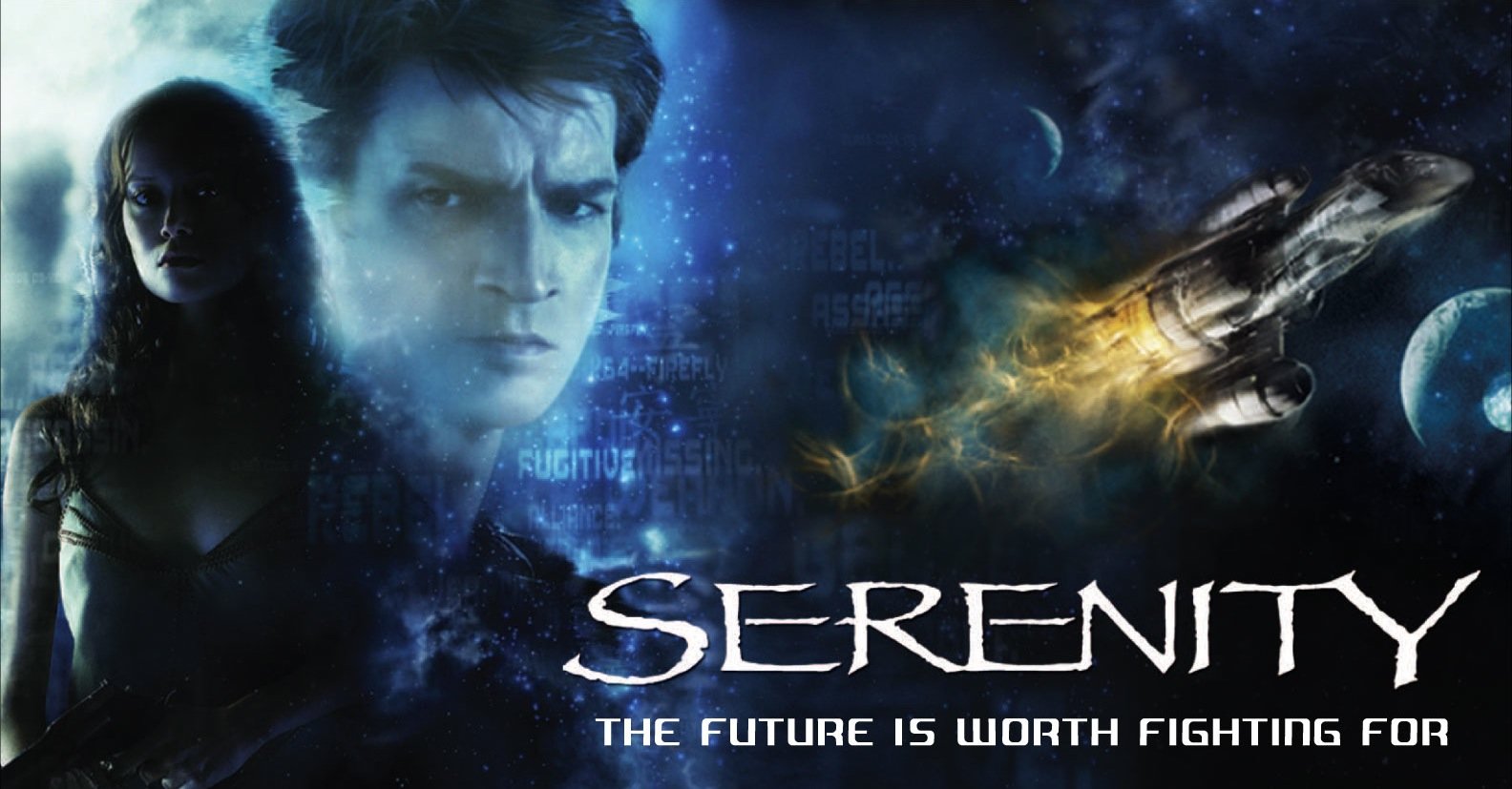 Half of writing history is hiding the truth
16 February 2014

Do not watch this unless you have seen the TV series Firefly.

It’s a companion piece. A way to round off a popular TV show, cancelled after its first series.

Serenity follows Capt. Reynolds & Co. as they resolve the mystery behind a stowaway they picked up early in the show. Turns out she’s a huge weapon that can beat up loads of people. It also turns out that none of that matters and she just happens to know about some (horrific, but in the end not that damaging) state secrets.

I’m not a huge Firefly fan, but I can see exactly why so many people were disappointed it all ended this way.

The characters are fun and interesting, but the plot is so rushed it almost makes no sense. The mystery behind River (the stowaway) builds for 14 hours, the truth is revealed (and resolved) within 2. Worse still, the truth isn’t that exciting. It feels like it was made up in five minutes.

This is a last gasp of air for the fans, a chance to see those characters once again. Loose plotlines are hastily tied up, sometimes elegantly, sometimes not. It’s sad to watch. The production values are all there and Whedon is talented enough behind the camera, but none of that matters when all you care about is what happens. Blame who you want, it is what it is; a rush job.