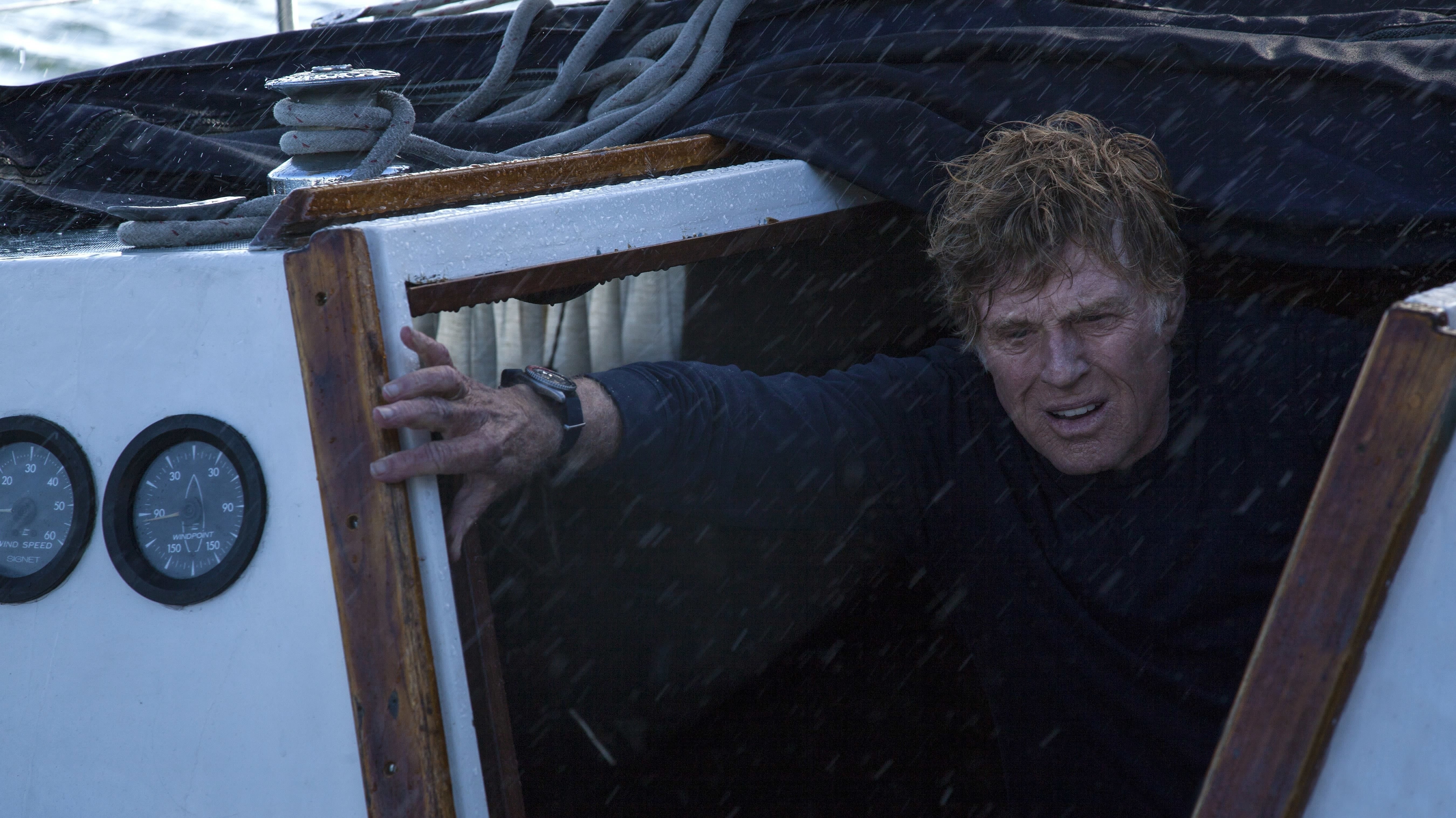 I’m a fan of Margin Call, J.C. Chandor’s feature debut. When I found out he was at the helm (oh look, a pun) of All is Lost, I couldn’t help but be intrigued. One man, on a boat, fighting for his life, barely saying a word. What could be further from the previous film?

There are running themes though. Both are about fighting for survival, perhaps against some higher power. Both create drama from characters who are interesting and talented, but reallistically so. Both focus on disaster, and how those people deal with it.

This is a film that tries hard to avoid all the tropes we’ve come to know in survival movies. There are no flashbacks here. No heavy-handed (and pointless) backstory, no scenes of the man talking to himself. It’s just Robert Redford in the ocean, trying to stay alive. And it works.

The simplicity lets us focus intensely on what Redford does, and what he has to hand. We inevitably wind up feeling what he feels. Once you strip everything away from a film, you’re left to think about what’s happening on screen, and nothing else. It’s a modern silent film.

My one nit pick would be the narration in the first two minutes of the film. Redford does a voice over some time in the future, then the film rewinds back eight days to the beginning. We did not need this. In a film that avoids so many tropes, why have this one when it adds nothing? Fortunately it’s easy to forget about this slip, since it only happens once, and at the very beginning. I’d be interested to hear the rationale for having that in there.

I think Chandor also takes the opportunity to make a comment on Redford’s career, or that of any huge Hollywood star. The film begins with things going wrong out of the gate. The boat is struck by a loose container gone astray and the cabin begins to fill with water. Redford is so cool here, so in control. He handles the situation like the badass movie star would. Then things get out of hand, the weather hits, and he starts to spiral. This is a swan song to the films of old. We see a glimpse of the old Redford, yet we are also forced to acknowledge that it’s all over.

At 77 years old, this is an astonishing performance. It’s clearly very demanding physically and emotionally but Redford is more than up to the task. I was not expecting this at all.

One of the best survival films ever made. This is a truly unique and captivating piece of work.