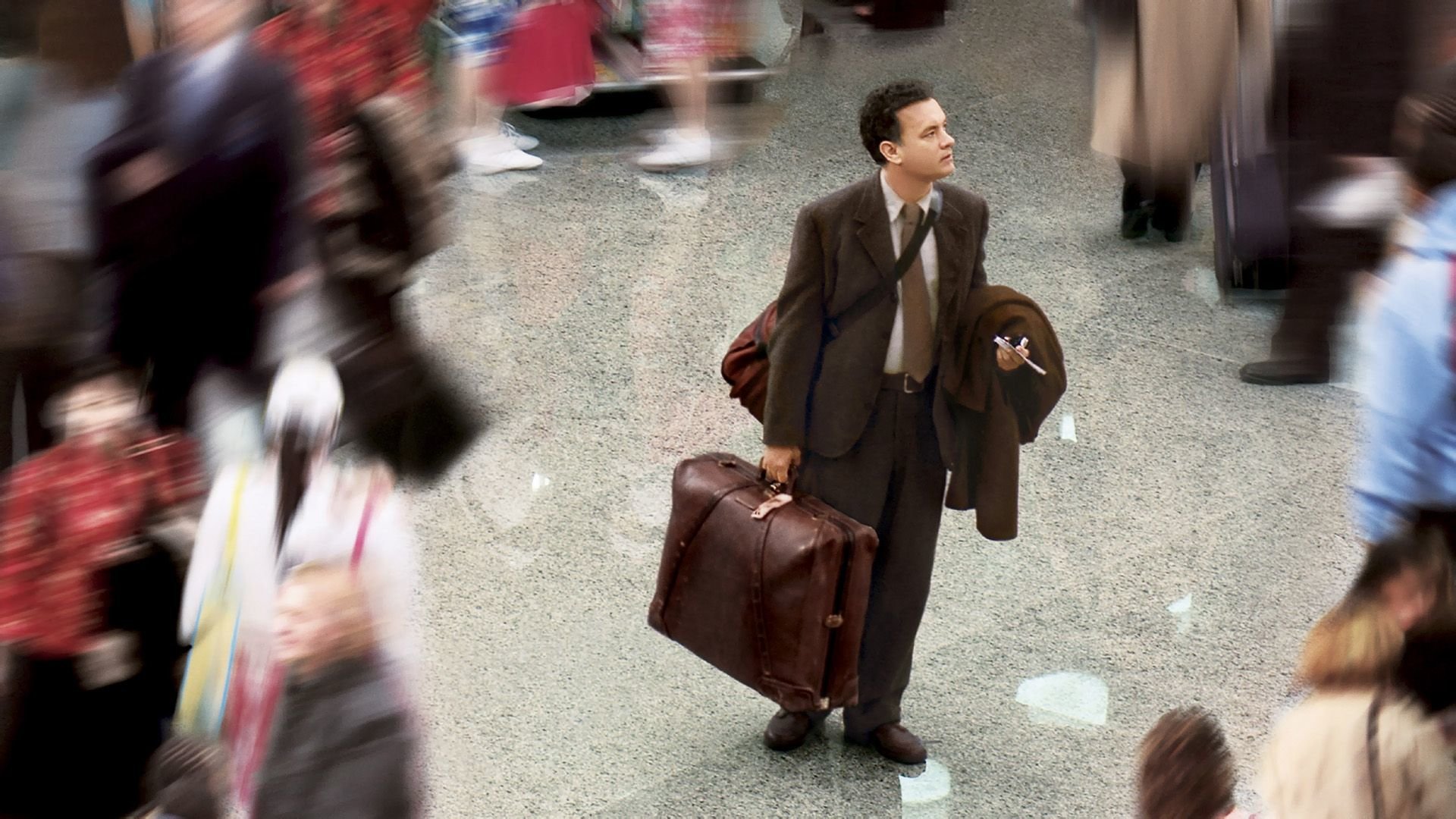 Tom Hanks plays Viktor Navorski, an Eastern European stuck at JFK when his country collapses while he’s in the air. He becomes a ‘stateless person’ and can’t leave the airport.

This is Hollywood at its best, and at its worst. On the one hand, the cheesy jokes and overly sentimental tone are too sickly for me. On the other hand, the concept is really good and one can’t help but get roped into the story.

The film is far too easy on Viktor, things pan out for him nicely throughout his stay. He finds friends, ways to make money, food and even a taste of romance. It seems a little distasteful to give him such an easy ride when you see what happens to people who have really been in this scenario. Spielberg almost makes this look fun. However, Hanks is so endearing that you feel like he’s having a good time because he’s that kind of a guy. Talent and charisma have got him through, and in Hollywood that’s all you need.

It’s easy to pick holes in The Terminal, but I can’t deny that I always end up with a smile on my face. Something about Viktor’s predicament resonates with me every time, and while this is far from being one of Speilberg’s best, it’s a film that definitely has a fond place in my heart.