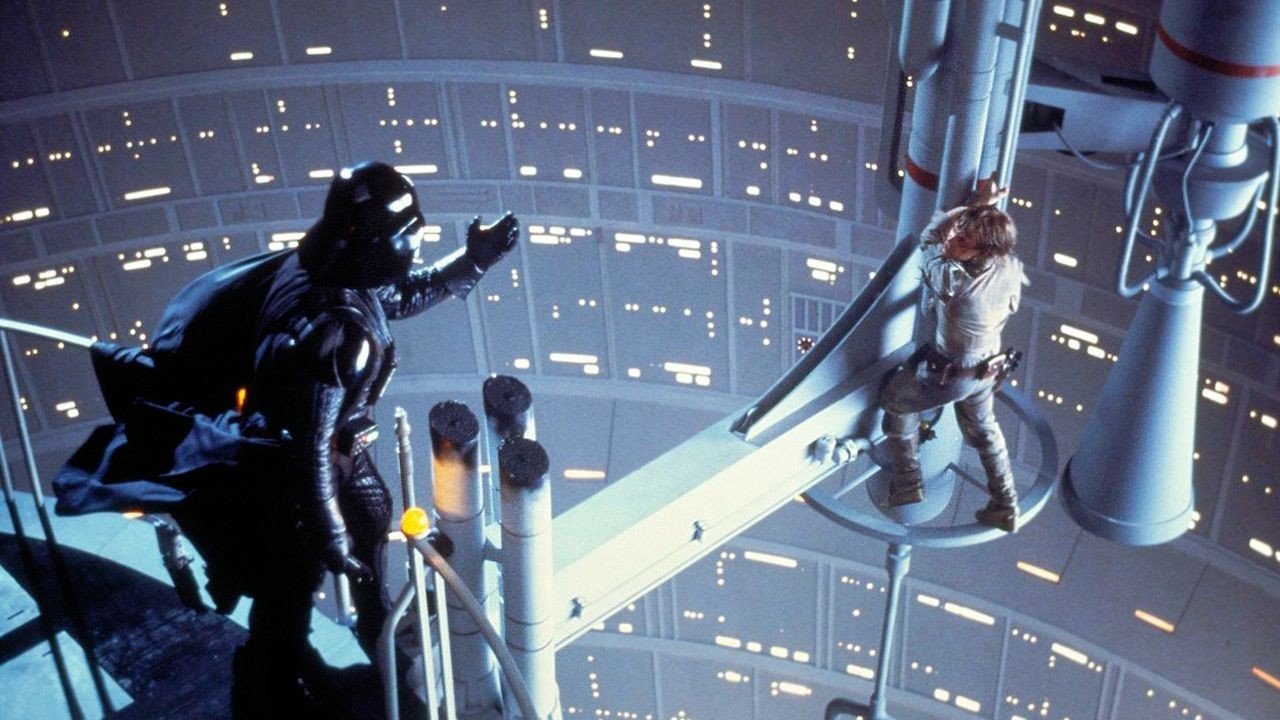 It’s actually better than I’d remembered it by quite some way. I never liked the Luke and Yoda parts and had remembered the film based on that. What I’d forgotten was the sheer fun, drama and terror that this film exudes.

I can’t pretend that I’m seeing this without my nostalgia goggles on. When Han went into the carbonite I felt childhood me wanting to close my eyes. When Lando betrays the group little Ben wanted to punch the screen.

The characters have a very strong sense of themselves, except Luke. This felt weak in the first film, but now we begin to understand why; he needs to be the one capable of being swayed to the dark side. Han, Leia, Obi Wan etc are all strong willed which makes them likeable, but It wouldn’t make sense for them to be turned. Luke is the one blessed with the power of the force, yet he’s also very clearly in a vulnerable position. It’s a great device that makes the stakes so much higher, and carves a niche out for Luke in this world of bad asses and hot princesses.

Empire is a film that has everything, yet just about keeps the simplicity and clear purpose that defines episodes IV, V and VI. Luke finally battles Vader face to face. Lando is there, as is Boba Fett. We see the emperor for the first time. We get a better idea of the conflict between the rebels and the empire. So much of what defines Star Wars is in this film.

Next on the menu is Return of the Jedi and then maybe the newer prequels, but I’m not convinced any of them get better than this.

I’ll drop another mention of Harmy’s remaster of this film, once again he’s done some brilliant work. Check out the Episode IV review for more info.