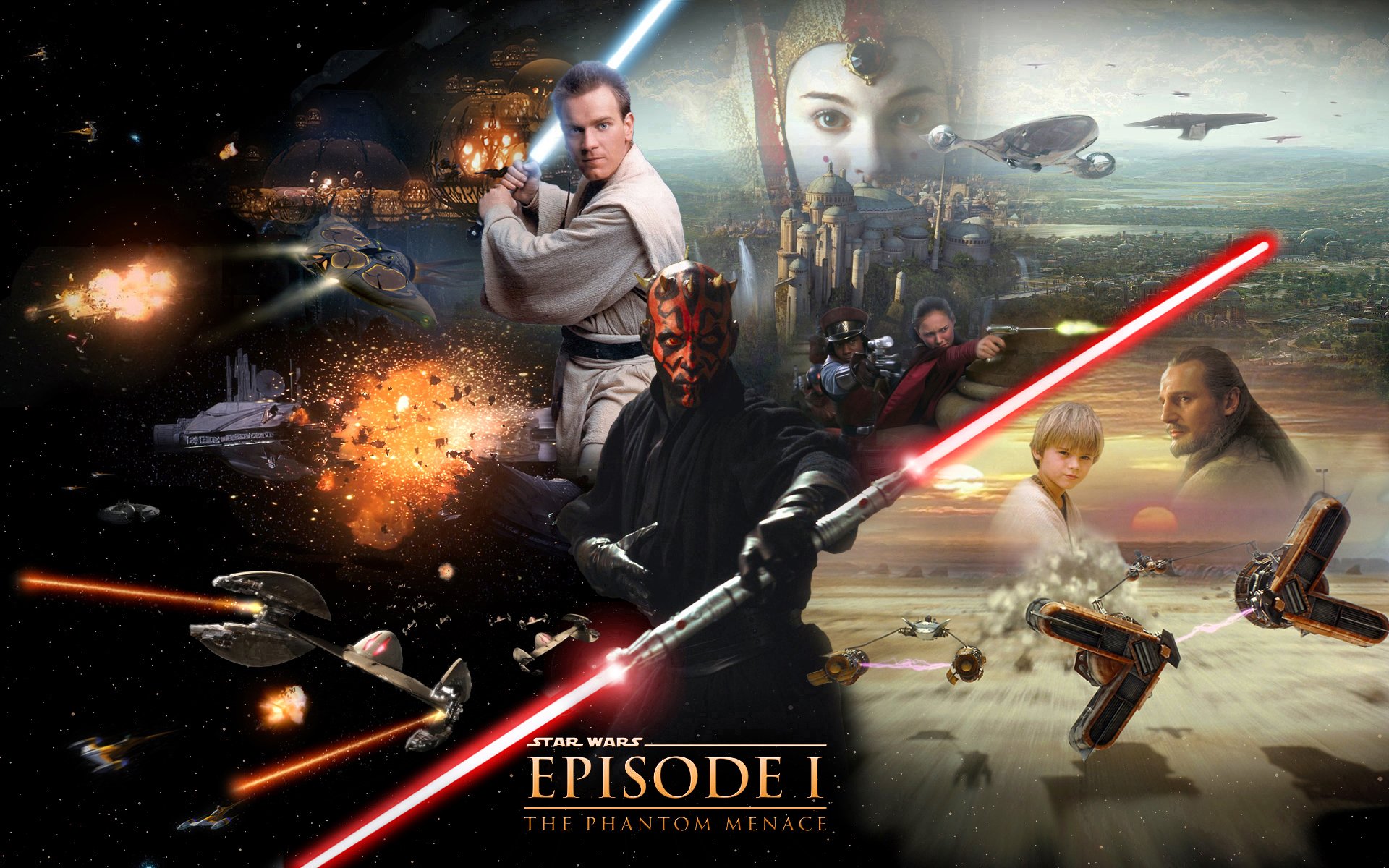 We must finish what we have begun. The road is harder to travel now though.

After a huge gap, George Lucas comes back at us with Episode I. This is where it all began, and it turns out it was with a small child, a hot queen who weirdly has her eye on said child, and an incredibly annoying Jamaican creature. There’s also Qui Gon and Darth Maul but they do fuck all and could have been left out. Turns out Obi-Wan is also a boring git.

The film revolves around a… trade dispute… or a tax hiccup… or a mix up with the Empire’s VAT return… fuck knows. Lucas doesn’t seem to care so why should we. Anyway Obi Wan and beardyman are transporting the queen. This takes an hour. Then they break down and have to hire a slave child to race for them and win the part they need for the ship.

This was entertaining in the cinema. As a kid I really liked the film, and the pod racing was cool and fun. Now, especially coming off the back of the first three films, it’s hard for me to see what anyone was thinking when they made this horse shit.

The Phantom Menace is far from a terrible film, but it’s got very little going for it. The CGI looks tacky and weird, the sound track is tedious, the plot itself makes no sense, and the characters are incredibly poorly thought out. No wonder Anakin turns to the dark side when Dull and Duller are his mentors.

Lucas is clearly uncomfortable (or too comfortable, perhaps?) as a director. This is a sloppy, careless film. The pod racing scene is a prime example; I swear they kept re-using the same reaction shot of the crowd over and over. The action as a whole is tired and formulaic, with none of the important scenes really having any stakes to speak of. Everyone is very acrobatic and people swing lightsabres quicker than in the old films, but who gives a fuck when Qui-Gon or Darth Maul have no impact on the story at all?

I remember liking this one more than the two that follow, and yet I really didn’t enjoy myself at all with The Phantom Menace this time around. Hopefully my memory serves me wrong and it gets better.