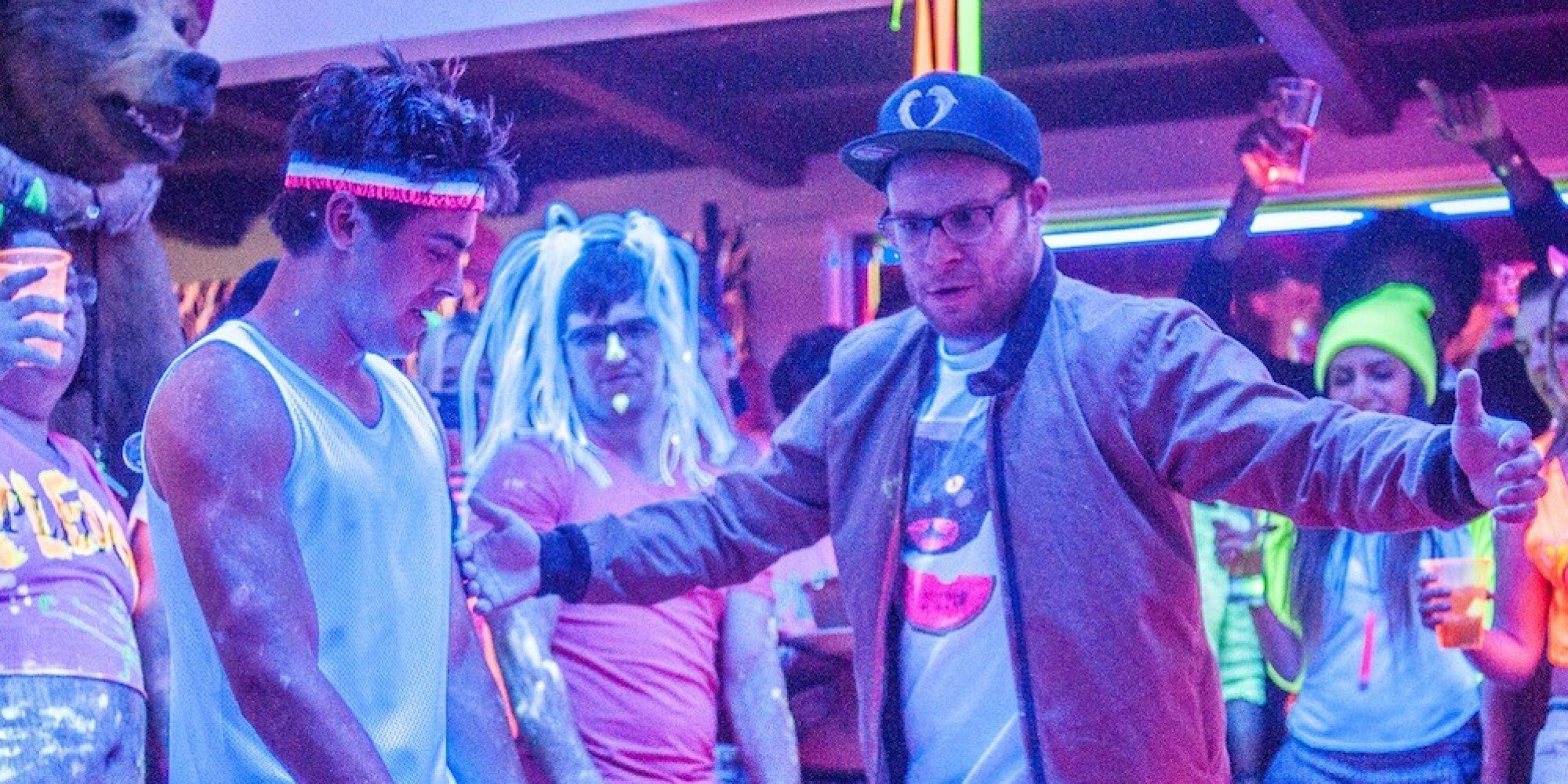 You called about your neighbors?
04 October 2014

Seth Rogen and Rose Byrne star as a couple disturbed when a frat house, led by Zac Efron, moves in next door to them. The relationship starts amicably but quickly breaks down before devolving into a small war between the two houses. Shenanigans ensue.

Neighbors (or Bad Neighbours in some markets, to avoid confusion with a certain Australian soap), treads a path already well trodden by Apatow comedies and films trying to be like Apatow comedies. This isn’t a bad thing, but one has to be in the mood, and not expecting anything too original.

Stoller does bring one new element to the table; finally the female lead isn’t just the nagging wife, she’s a partner in crime. It’s annoying that at one point the film decides to herald this over us, but it’s still fun to see for the rest of the time. Rogen and Byrne work well on screen together, and their chemistry is basically what holds the film together.

Also on a positive note, the reliance on endless improvisation and ‘gross out’ scenes has been drastically reduced. Neighbors doesn’t quite feel like a breath of fresh air, but it’s not tiresome and masks the fact you have probably seen the same jokes before.

There’s little point in going on here though, this film just isn’t that interesting. It’s mildly amusing, and was fun on an evening with friends, but the ‘best’ jokes and ‘funniest’ moments fell flat even when slightly tipsy. It’s nice that they stripped out some of the more tedious parts of this brand of comedy, and even better that they came up with a good idea for Byrne’s character, but without the comedy substance to back it up the whole thing has little to stand on.