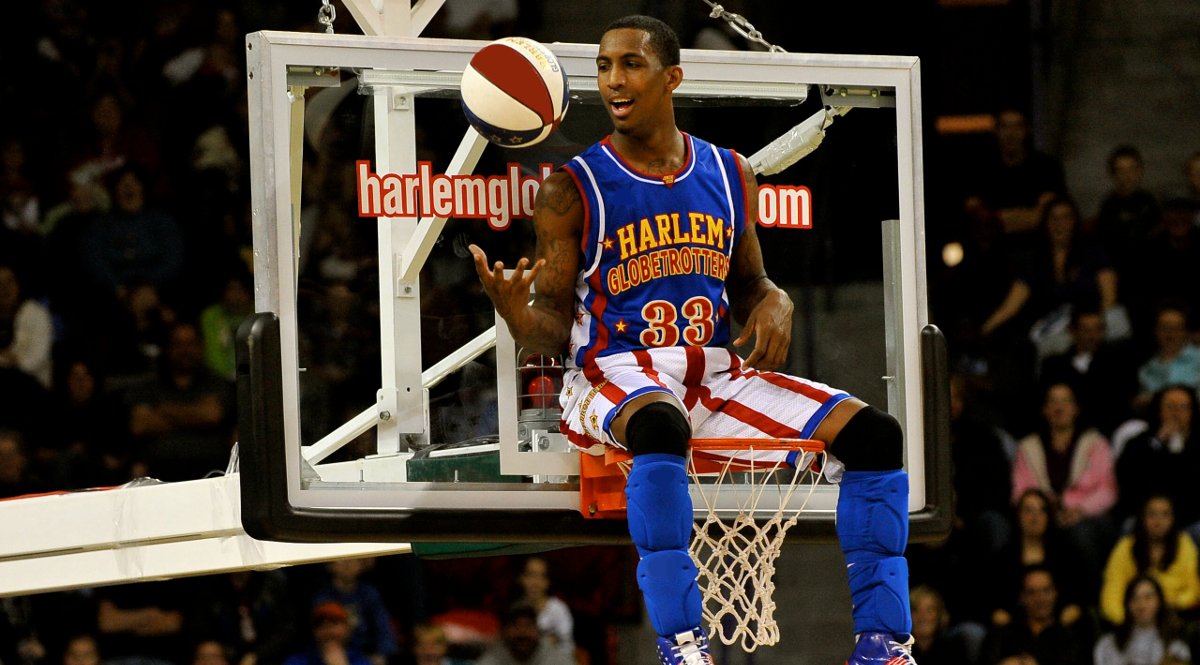 I saw The Harlem Globetrotters

The best exhibition basketball team Sheffield has ever seen.
27 April 2015

They famously play the inept Washington Generals although I had to question the Generals’ ineffectiveness; the Globetrotters seemed to score less and nearly lost the game! It was a fun way to drum up some drama, but also a let down because I’m sure people would rather have seen the Globetrotters’ first defeat since 1971…

The crowd was tame and that didn’t help the atmosphere, although the players kept up the energy. The location doesn’t help, the Sheffield Motorpoint Arena isn’t exactly the spiritual home of basketball.

I can only apologise for the shit video, I was quite far back and don’t like spending the whole time videoing. I think these couple of clips capture the style quite nicely. Imagine that, interspersed with frequent ‘comedy’ breaks. These were hit and miss but the central theme of a basketball team dicking around and still being the best is pretty entertaining overall.

I got to shake hands with a bunch of players, they came right past me on their way out. They seemed pissed off and a little downtrodden. One of them moaned something about English people. I know fuck all about basketball so all I could think to say was ‘good game lads, good game’. I don’t think they were still in character at this point so I got some funny looks.

There’s an elephant in the room - the specaturlarly high number of missed shots. Anyone can throw a ball sort of towards a hoop…

Still, if you’re bored the Globetrotters are still good for a fun night out. It’s extremely family oriented so if you’ve got kids it’s a winning ticket.

In nerd news, I’m trying out webm instead of GIFs and it looks great. You get a pause button etc… - one of those videos is 90MB in GIF form, now it just loads right away. Great stuff!