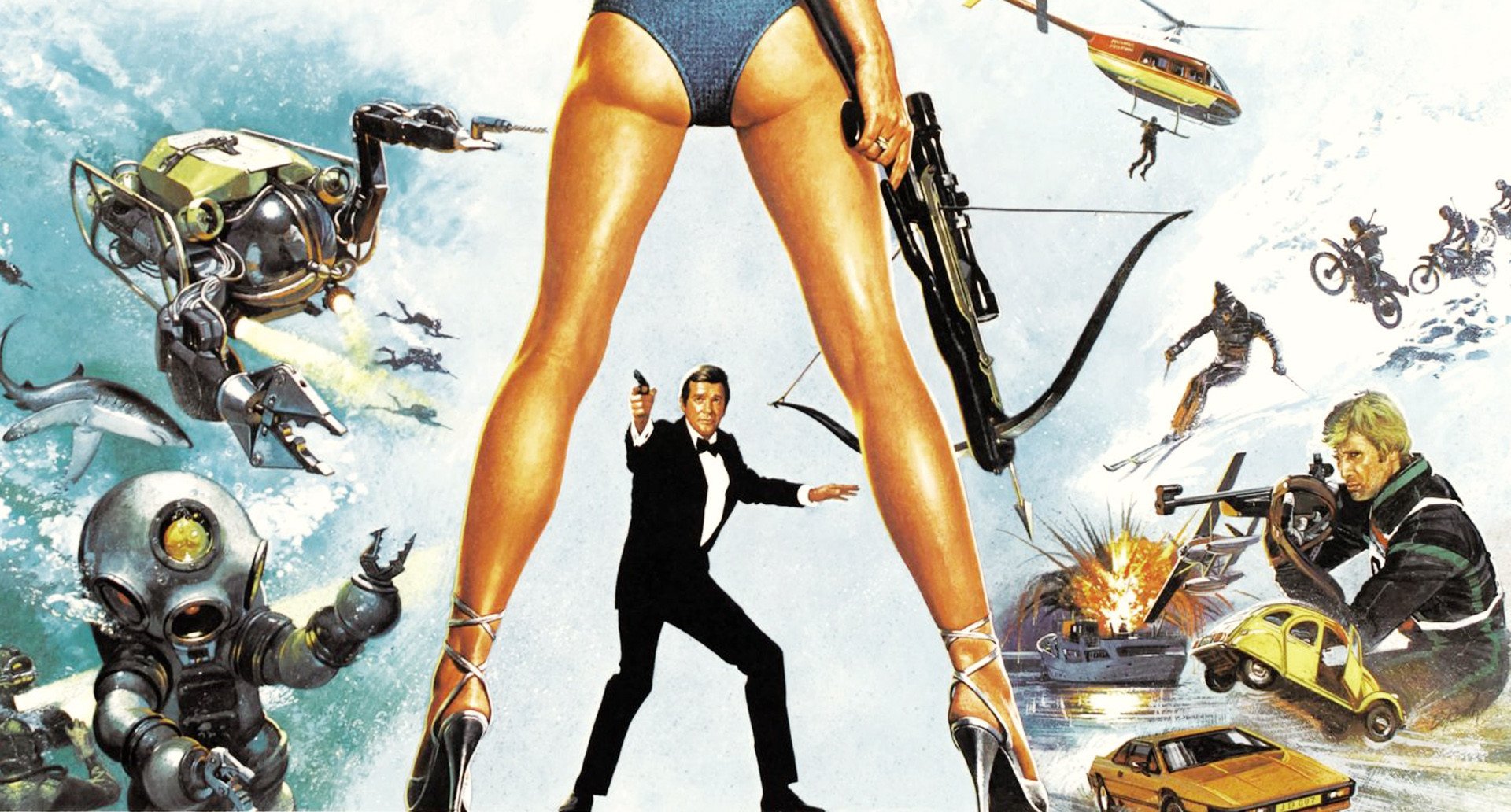 For Your Eyes Only

We’ve taken a short break after the painful Moonraker in order to regroup and continue on our Bond bonanza.

Bond enters the 80s with For Your Eyes Only and the producers felt the need to shake things up a bit. Second unit director John Glen is brought in to helm the whole project, his intention being to dial back the wackiness and try to revive some of the more successful aspects of the older films.

The pre-title sequence shows that this isn’t going to happen straight away. Bond winds up in a helicopter remote-controlled by a bald person with a white cat. Stuff happens, the whole thing ends with Bond dumping [Blofeld] the man into a chimney. It’s a childish ‘fuck you’ from the producers, angered at the licensing issues banning them from using Blofeld and SPECTRE in their films.

Once things get going though the new tone does start to come through. A British spy ship containing nuclear decryption codes sinks, and the man sent to investigate is assassinated. Bond needs to find out what happened and recover the information.

Yes, Bond is sort of saving the world but this is definitely more of a Cold War style thriller. It’s a bit more grown up, harking back to films like From Russia With Love where Bond does what you might actually call spying instead of just cocking about.

Bernard Lee died before his scenes as ‘M’ could be shot, so this is sadly the first film where he is not present. His performances were consistently good and often provided much needed relief from some otherwise awful productions.

Roger Moore comes back for the fifth time and despite looking a little older these days he’s still got the charm and wit we’ve come to enjoy.

The stand out role for me is Topol, who plays the pistachio-chewing bad-guy-ally Milos Columbo. He lends a personable air to the role, larger than life but realistic.

There’s a revenge plot running through the film. Leading lady Carole Bouquet is supposed to be out to get her father’s killer, and Bond is trying to stop her from doing so prematurely. This feels like a neglected story line; we get glimpses of Bouquet’s character looking mean, nothing more.

She makes the most of the screen time she gets though, providing some depth to the film where others would have failed.

Unfortunately, For Your Eyes Only tries too hard to mix the spectacular sequences of yore with a gritty spy-thriller. What results is a convoluted story, a very confusing tone and ultimately a forgettable film. At least they finally did away with the wild shootout at the end…

A good entry into the catalogue, but unlikely one that makes many top ten lists.