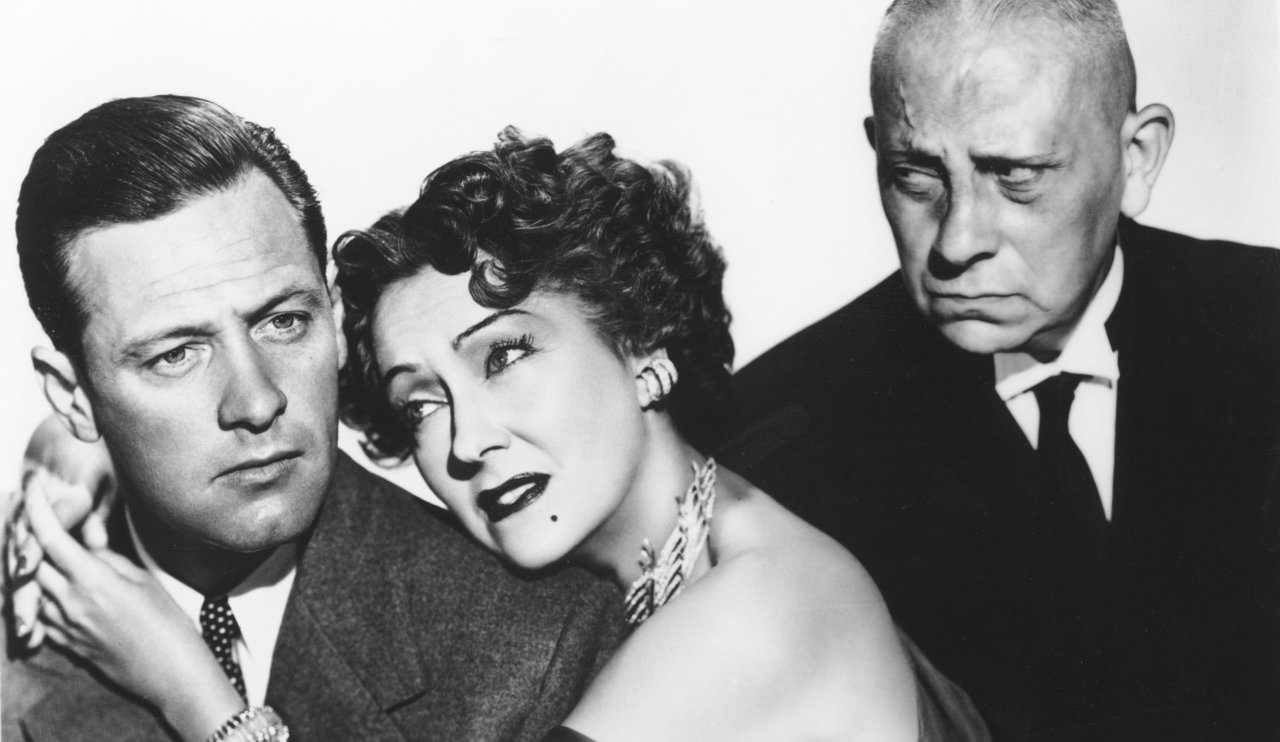 A struggling writer (William Holden) on the run from creditors turns into the driveway of faded silent movie star Norma Desmond (Gloria Swanson). She hires him to live with her and write her next screenplay but her disconnect with reality quickly becomes apparent.

The popularity of silent films is often forgotten with time, but it’s key to remember that at the turn of the 20th century the stars of cinema were the most famous people walking the earth. They accrued power & wealth to an extent that is unmatched today in the entertainment business, despite the celebrity-focused culture we live in.

It’s equally important then to think of the impact audio had on the industry. We may see it as something that changed the medium but it was more than that; it split the art form cleanly in two. It’s like comparing a book to a painting - they both might involve forms on a page, but otherwise they are worlds apart.

The result of course was a subset of society that remained richer than almost anyone else yet in the public eye had fallen completely off the face of the earth. The extremes of fame and obscurity provide fascinating material for Wilder to dig into, and make a commentary about the industry that remains relevant to this day.

Gloria Swanson’s story in real life matches that of her character. She was a huge silent film star, whose career almost ended with the advent of dialogue. It is not easy to say how much her situation influenced her performance, but there’s no doubt that in Sunset Boulevard she creates one of the most memorable characters ever put to film.

Wilder constantly cuts to shots of the door handles in her house - all missing on advice from her doctor to ease her psychological woes. This makes the house a slightly surreal place to be - it’s grand and it’s lavish but it’s just a little off.

Swanson manages to mirror this in Norma Desmond. She still has her charm and beauty but she yearns to be young and relevant to the point of madness.

She’s a force to be reckoned with in this film, but she also gives off a subtle understanding of the reality of her situation. It’s an extra dimension to the character that makes her more interesting, and ultimately more harrowing because she appears to have made a concious decision to choose this lifestyle.

Holden fades a little but serves as a shoe-in the door for the audience. It can’t be easy to come up against someone like Swanson, who is clearly the centre of attention. He does succeed in making a good down-on-his-luck noir character and gives us a well grounded point of view.

One other stand-out performance is Erich von Stroheim who plays Max, Norma’s ageing butler. He’s stern, mysterious and fiercely defensive of the film star. There’s an odd relationship at play there and sure enough as the film goes on we find out that he was an old director on a few of her films. Not only that, but he was her first husband, and has been writing fake fan mail for her to read every day.

Again this is an auto-biographical character - von Stroheim was once a great director in the days of silent cinema.

The house serves almost as a character in itself. Holden’s character likens it to Mrs. Haversham, grand, old, classy, but stuck in the past and in need of care. Wilder cleverly points to this in subtle ways. We see damp in the background, cracked walls, torn curtains; anything that is not in use looks worn out. It’s yet another reflection of Norma Desmond’s state of mind.

Sunset Boulevard is a masterpiece of satire with an unforgettable central performance, held together by a director absolutely at the top of his game.