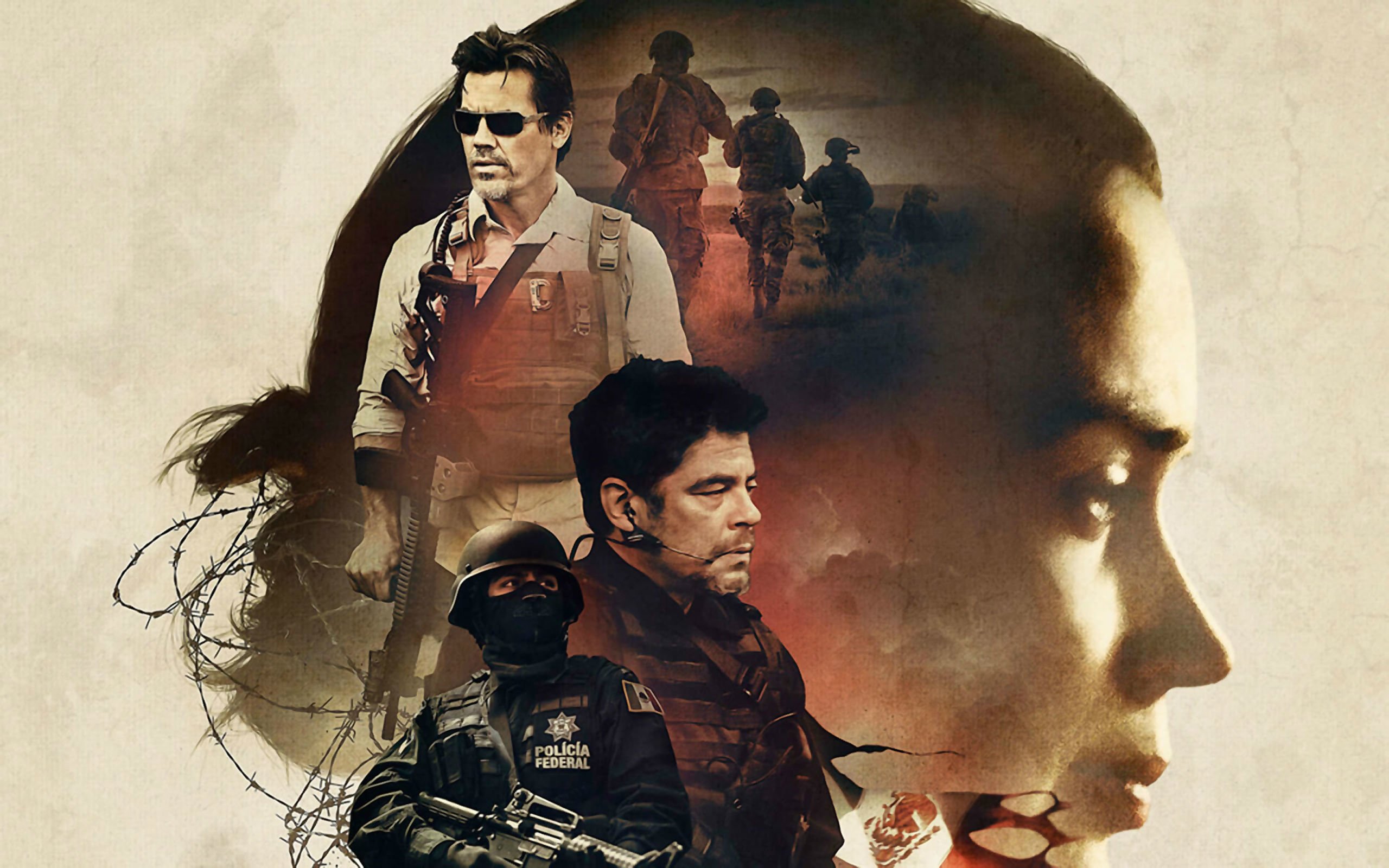 You’re asking me how the watch is made. For now just keep your eye on the time.
02 November 2015

An FBI agent (Emily Blunt) is recruited to assist with a CIA drugs bust operation, straddling the border between the US and Mexico.

A brutal, chilling opening sequence sets the tone for Sicario. We open on a panorama of suburban Arizona with all its white picket fences and lawns in the desert. An FBI-led SWAT team creeps into the foreground, beginning an assault on a seemingly innocuous house. I won’t drift into spoilers but it’s an incredibly intense scene.

Intense is the best way to describe Sicario; yes it’s dark and yes it’s sad but above all it puts your heart in your mouth for 120 minutes. Villeneuve simply does not let up, like a modern Hitchcock. There’s a sense of danger and foreboding to the whole film, making the audience uneasy.

The soundtrack adds to this and is cleverly used. It’s booming, angry and looms over every scene. The cinematography isn’t flash but it’s impressive when it needs to be; another masterpiece from Roger Deakins on that front. The ‘main’ raid at dusk where the officers descend into the darkness is proof once more that a film is worth watching if his name is attached to it.

Blunt’s overwhelmed character acts as a foot-in-the-door for the audience. She’s being exposed to a world far grimmer than previously imagined, at the same rate as we are. Josh Brolin plays the seen-it-all counterpart well, but the real stand-out is Benicio Del Toro. He stays on the periphery of the story then swoops in to take the film to new heights. His dead-behind-the-eyes demeanour burns a hole in the screen.

There are some parts to Sicario that can only be described as exploitative. The scenes with the Mexican cop for instance; they exist solely to get more of a reaction from us when it goes south for him. This is a shame because everything else works on more levels. Also, it’s not surprising that the citizens of Juarez feel a little hard done by - Villeneuve pulls no punches in his gloomy depiction of the area.

Sicario might be called a one-trick pony but it’s a trick I want to see again and again. A great thriller that paints a vivid picture of law enforcement.