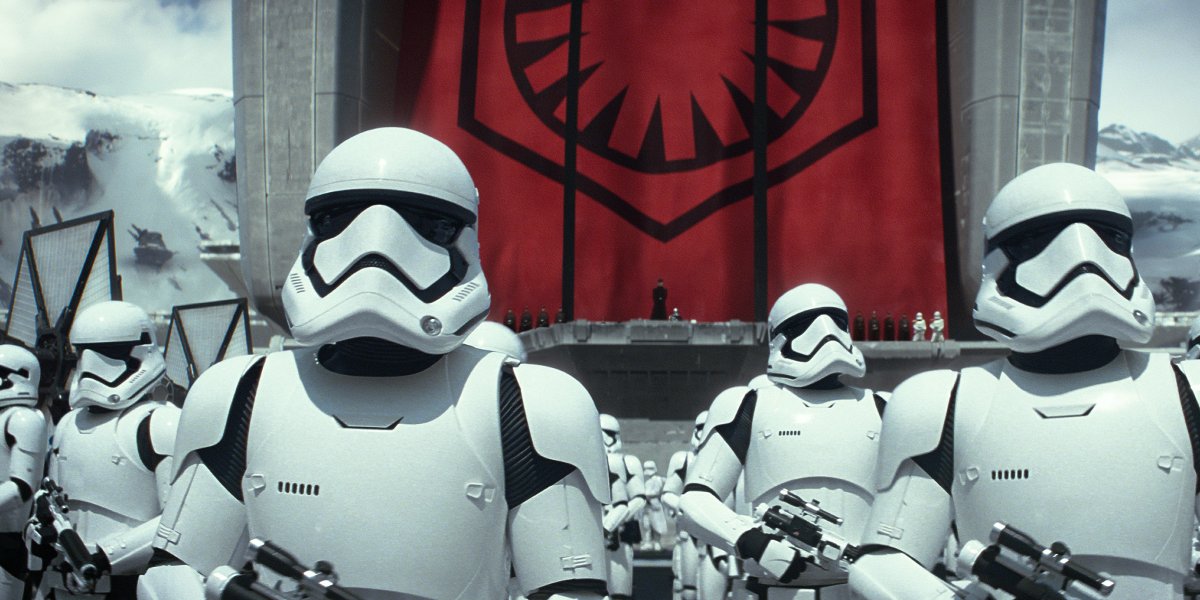 No real spoilers but something about this film makes me want to put a big spoiler alert on it anyway.

The hype train has finally pulled into the station as the seventh instalment to the Star Wars franchise is released. Star Trek director and dead-in-the-water-franchise rebooter J.J. Abrams has been brought in to try and repair some of the damage done by the three prequels from ten years ago.

The Force Awakens is set thirty or so years after the events of Return of the Jedi, and Abrams cashes in hard on the fact that most of the cast from that film are still alive. However, unlike Spock’s pointless re-appearance in Star Trek Han Solo, Princess Leia and Luke Skywalker are central to the plot here - and it’s incredibly entertaining.

The nostalgia value alone of seeing Harrison Ford back in the Millennium Falcon with Chewbacca was enough to excite everyone in the room. However, it’s more than just a gimmick, it’s one of the key things that makes this episode of Star Wars work so well.

Also the two new leads are well cast and provide a fantastic on-screen duo to follow on an adventure.

This is a film made with so much love and care it’s difficult not to like it. Abrams has clearly pulled out all the stops with the visual effects, going to the effort of making sets and stunts for real, and letting the CGI do the background work to cap it all off. There’s something so beautiful about the décor, you can feel yourself immersed in the film as you watch. He’s really captured the essence of the old films and seems to understand the reasons behind their success.

The Force Awakens stands as proof that Hollywood still has some of the old crowd-pleasing magic left in it, even as it drowns in a slew of bland super heros.