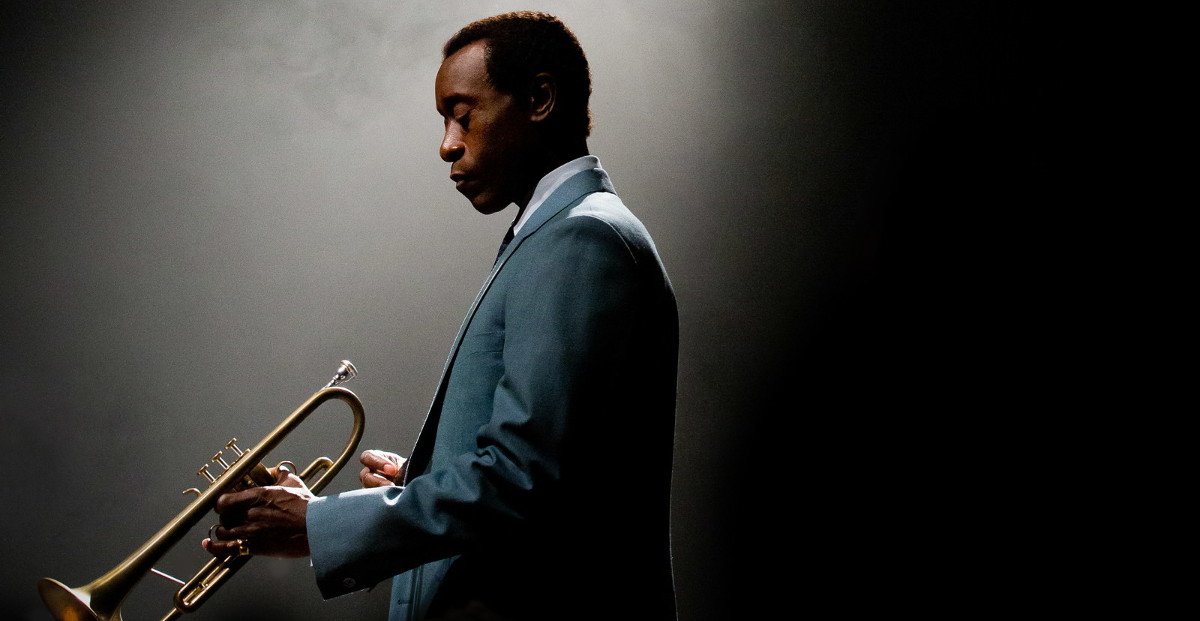 A biopic of Miles Davis, starring and directed by Don Cheadle.

Right off the bat I should probably retract my use of the word ‘biopic’ - most of Miles Ahead is pure fiction, including some major characters in the film.

Like it or not this does solve a major problem - life is often quite dull, especially at work. So instead of watching Davis tirelessly churn out records in the studio we see car chases and gun fights.

The film is set in a time where Davis has stopped making music. He’s still being paid by the record company though, and is facing increasing pressure from them to get back to work. Cheadle then occasionally cuts back to earlier times in his life to give us some background or illustrate a point.

These flashbacks and cuts are expertly done, made to feel spontaneous and improvised but never without meaning. In fact, as a whole Cheadle shows some real creativity behind the camera; this is not a film you might expect from a first-time director. The whole thing feels like a jazz piece in itself, which is an obvious choice to make but a difficult thing to actually put in practice.

Cheadle’s work as an actor also deserves applause. He gives an entertaining, intriguing and convincing performance.

The premise of the plot is that Davis is trying to track a session tape stolen from his flat. This is a big flaw in the film, again the weakness comes down to the fictionalised elements, notably the aforementioned gun fights and car chases. What is often quite a serious and intense film is dashed by moments of silliness. It’s not particularly well made or exciting stuff, and just needs cutting out.

Miles Ahead is an original, lively and excellently produced biopic, tragically let down by its weird plot.