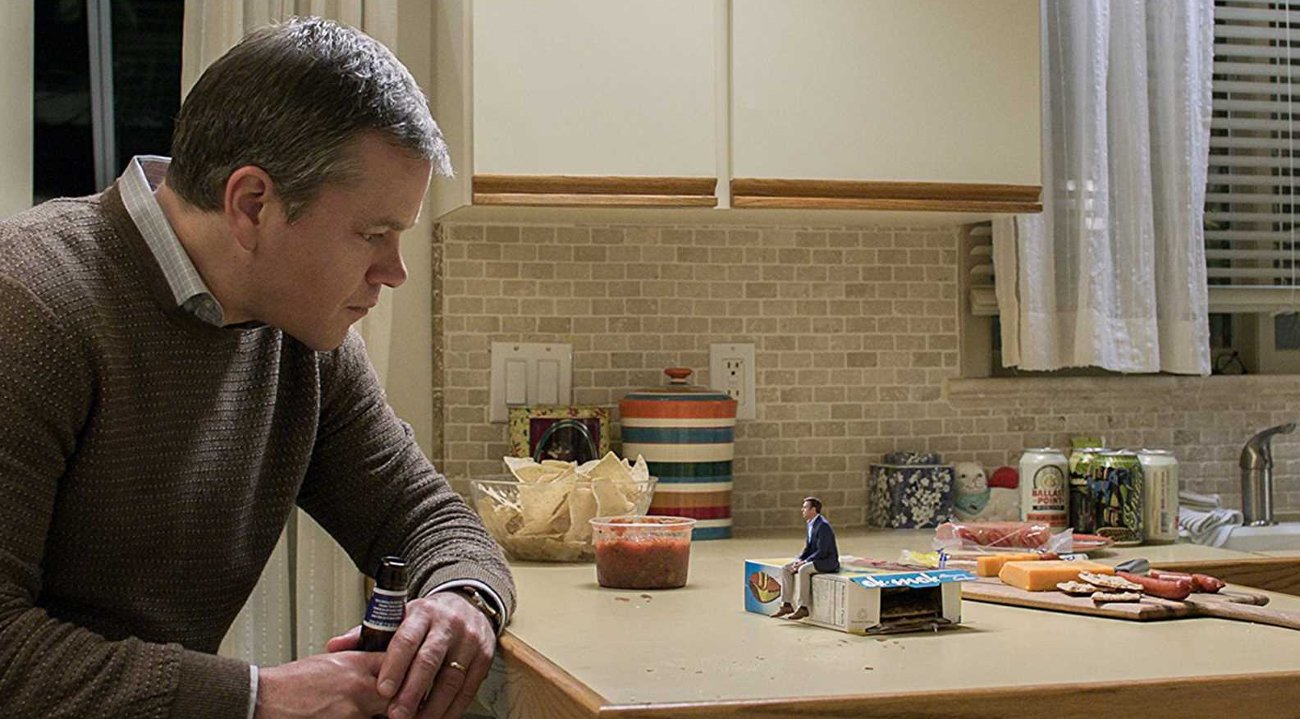 In an attempt to save the world from over-population, scientists find a way to safely shrink humans to be 5 inches tall. The idea is that people can live in relatively ‘big’ houses while using fewer resources and taking up less space. Matt Damon and his wife Kristen Wiig go to have the procedure, but Wiig backs out at the last minute, leaving Damon small and alone.

This is a pretty good case study for a wasted premise. There are so many missed opportunities here that it’s verging on laziness. Most notable is the complete omission of any ‘small’ perspective on the ‘big’ world. The characters are trapped in a small people community which serves as a sloppy excuse to avoid toying with perspective. Most of the time the notion of being ‘small’ is little more than a detail. There are plenty of oversized objects but a complete lack of human interaction with the outside world.

We’re not asking for an endless freak show, but making a high-concept film then not actually using the concept at all is just a waste of everyone’s time.

There might be a good excuse for it all but the actual plot is a meandering, unfocused mess. To make it all worse, this makes the run time come in at 2h15m - about 45 minutes too long.

Some solid performances all round redeem it to some extent but it’s just not enough. A strange misstep from an otherwise solid director.