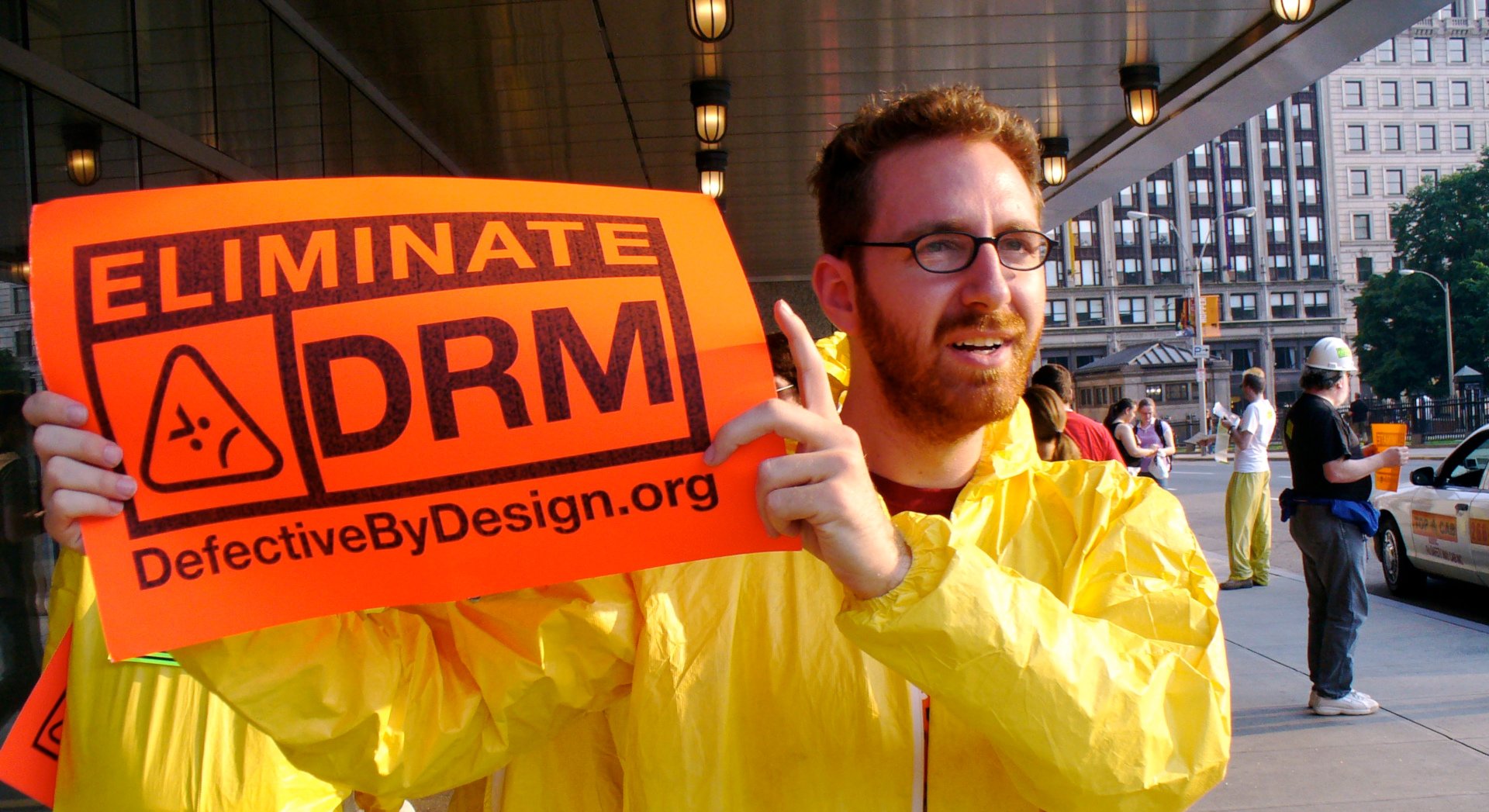 Break the shackles of DRM, gain back control of your media.
18 September 2018

It’s the International Day Against DRM aka the ‘what is this nerd on about now?’ day. DRM, or ‘Digital Rights Management’ is the bullshit that tries to stop you doing what you want with stuff you paid for.

It’s the way a company says ‘fuck you’ to its customers.

The last one is what got me interested in this world of bullshit. I had an iPod, and bought some stuff on iTunes to watch on it. Little did I know that if I wanted to watch it elsewhere I would have to buy it again. What a load of bollocks.

DRM also means companies can remove stuff you bought and paid for. Amazon deleted copies of 1984 from Kindles (the irony is not lost on me), and this guy had a movie removed from iTunes because it was ‘taken down from the Canadian store’.

There are loads more examples of this.

Take a look here for more information. There are handy links to sellers, more info on what DRM is, why it sucks, and plenty more.