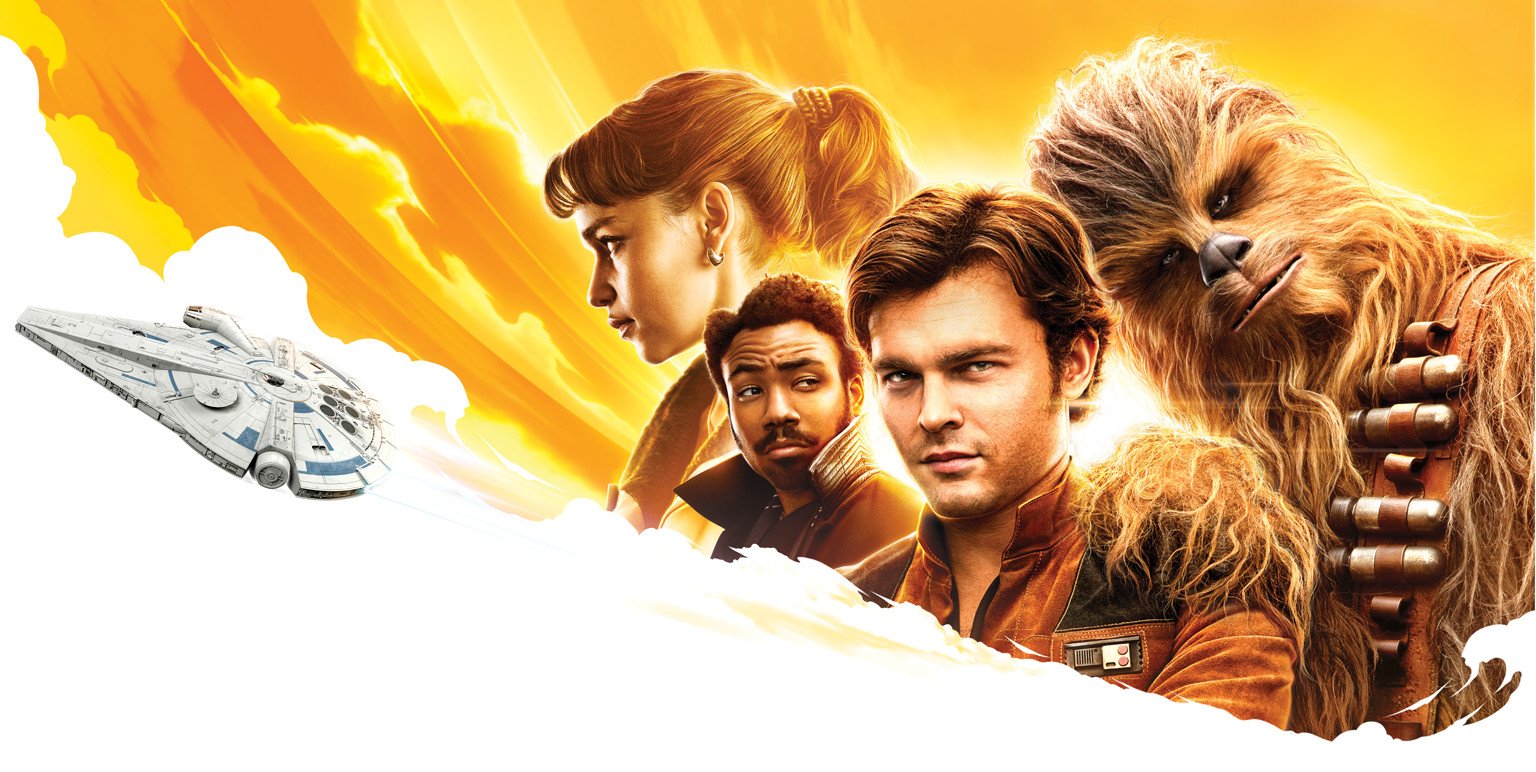 Much like Rogue One, Solo serves to flesh out the otherwise quite empty Star Wars universe. Unlike Rogue One, which takes a former plot hole and turns it into a compelling story, Solo feels like a bit of a cash grab.

The film answers a lot of questions nobody was asking: What is Chewbacca’s backstory? How did chewy get his sash? How did Han get his blaster? How did he get the falcon? When did he meet Lando? How did he do the kessel run in 12 parsecs? Why is his name Han Solo?

The amount of shit the screenplay tries to shovel down your throat has you choking on pointless Star Wars trivia for two hours.

At the time of writing this is the 12th most expensive film ever made (and the most expensive Star Wars film) yet it feels like a throwaway DVD extra. There was turmoil behind the scenes as the original directors were fired and replaced by Ron Howard, who allegedly re-shot 70% of it. This definitely accounts for its confused tone (they weirdly put a Game of Thrones joke in there…) and often rushed takes.

On a technical note, there’s something off about the colour profile here. It’s really, really dark even in the lightest scenes. It looks flat, and for the most part a bit naff.

Alden Ehrenreich (brilliant in Hail Caesar!) plays the lead, and despite some good scenes he struggles to really capture the essence of Han Solo. The supporting cast are solid, Emilia Clarke gets good screen time and Donald Glover does manage to nail Lando.

The film doesn’t entirely fail to entertain, but it leaves you wanting to watch the real Han Solo in action rather than this shoddy pastiche.