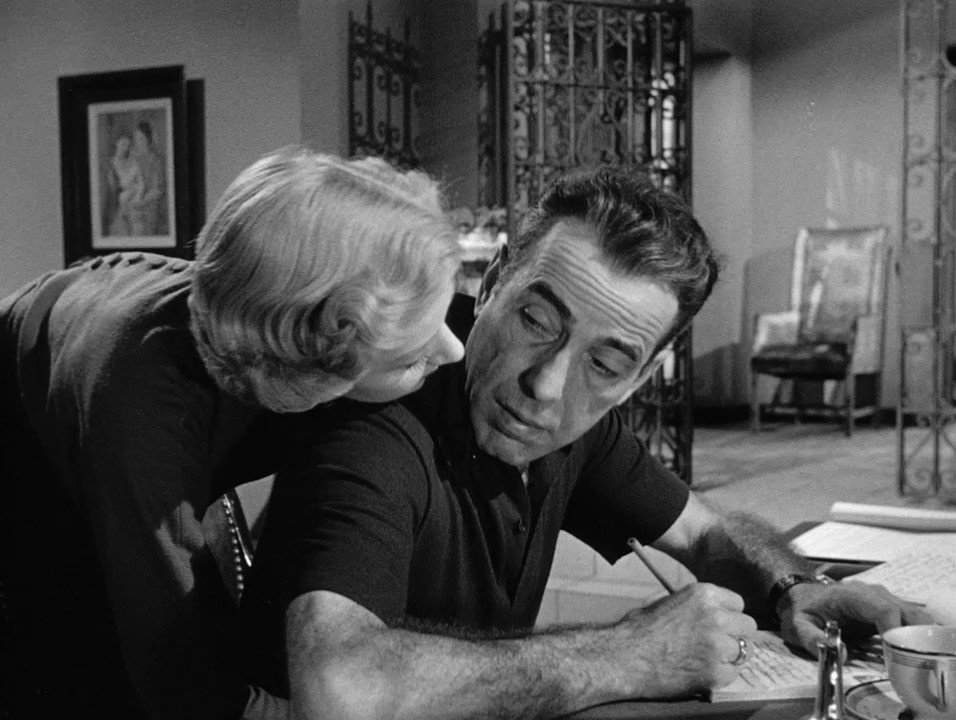 In a Lonely Place

I was born when she kissed me. I died when she left me. I lived a few weeks while she loved me.
27 November 2018

Bogey is Dixon Steele, a famous screenwriter down on his luck. He talks a girl into coming home with him, however their relationship remains platonic and she goes home in a cab.

The next morning he is awoken by the police informing him that she was murdered at some point in the night and Bogey is a suspect. He has one alibi - his alluring actress neighbour, Laurel Grey (Gloria Grahame). They fall for each other after meeting for the first time at the police station, and for the rest of the film she is left trying to work out whether the charming but irrational and often ill-tempered man she has fallen for could have committed murder.

Two lovers, brought together by a murder, driven apart by the same event. It’s so cynical, dark and depraved yet somehow wildly romantic.

Dixon Steele: Well that’s because they’re not always telling each other how much in love they are. A good love scene should be about something else besides love. For instance, this one. Me fixing grapefruit. You sitting over there, dopey, half-asleep. Anyone looking at us could tell we’re in love.

It’s true, and yet anyone looking at them could tell it was doomed from the start. The two are resigned to their fate but try to hold off their demise for as long as they can before reality catches up.

The screenplay is razor sharp. The direction is claustrophobic. Ray uses the limited setting of a courtyard to trap his characters in the story. Like all great film noir it uses black and white as a weapon to throw us off. Day and night blend into one, time does not seem to follow the same rules in this film, as is the case with any new romance.