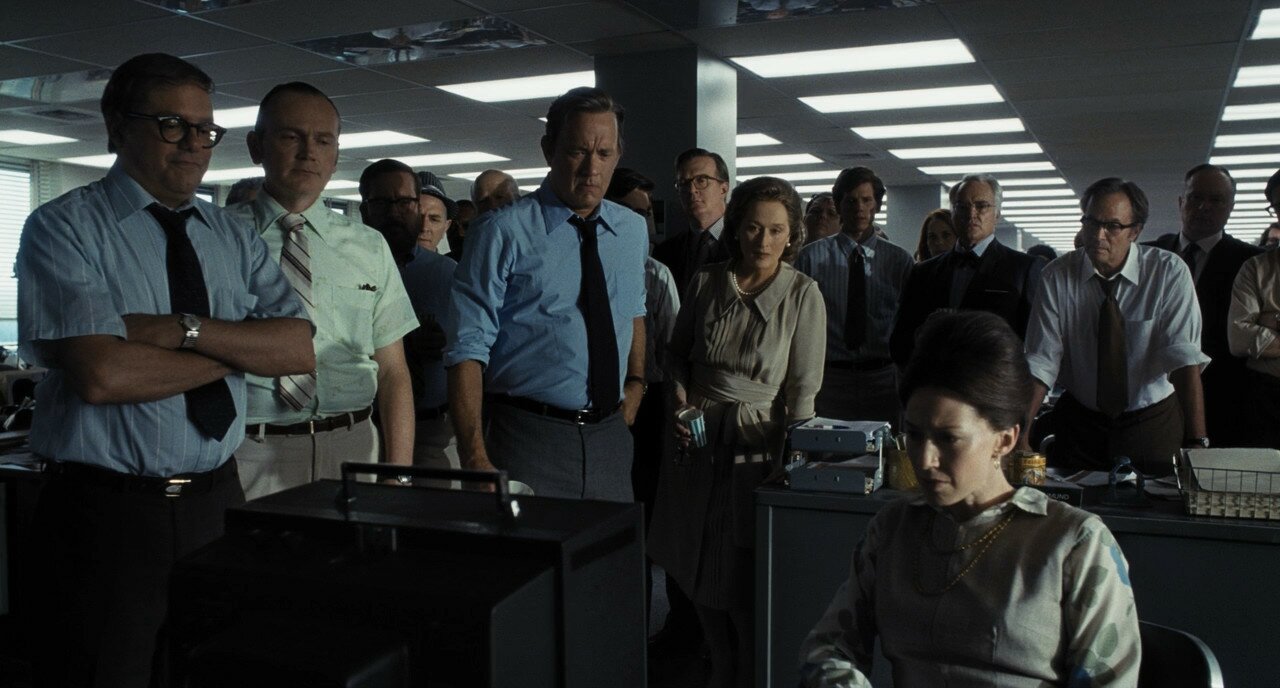 Spielberg, Hanks and Streep team up to make a thinly veiled jab at the scary times we live in.

The veil comes in the form of the ‘pentagon papers’ case, where Richard Nixon tried to stop the press from publishing damaging information on the motivations behind the Vietnam war. The parallels to the Trump regime come through loud and clear.

That’s not to detract from the actual content of the film. It was hastily written, re-written and shot (in less than a year!) but that doesn’t come through. The dialogue is sharp for the most part, the set and costume design are bang on and Spielberg pulls it all together wonderfully.

The Post uses the Washington Post owner’s (Meryl Streep) decision to publish or not to publish as the fulcrum on which the whole plot balances. Some have criticised her for not showing enough ‘strength’ in the character but I think she puts in one of her best performances here. She’s a woman in a man’s world, a fish out of water, yet she plays the game without pandering to the ‘strong woman’ cliche. It’s not what you might expect from the character, but it works.

This is a tense, to-the-point drama that sends a message about our current blip in history without being ham-fisted. Solid work, but you’d expect no less from one of the greatest living directors.