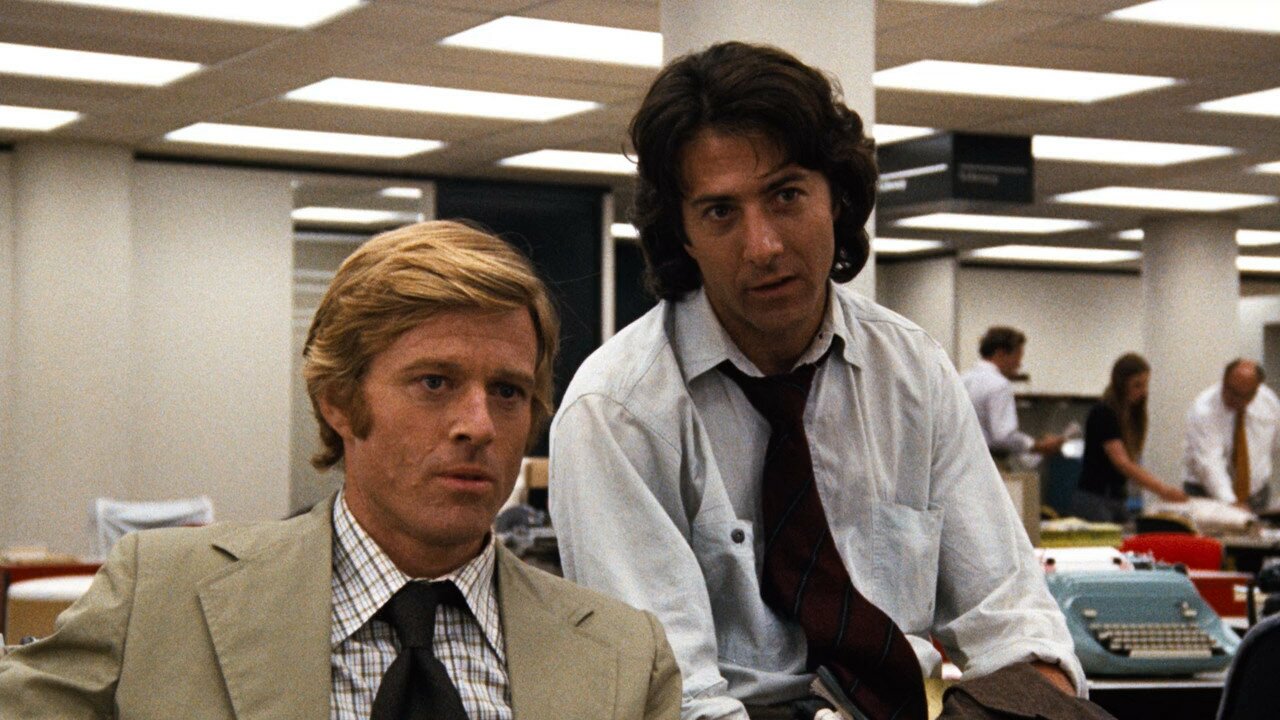 All The President’s Men

The truth is, these are not very bright guys, and things got out of hand.
05 January 2019

This is a “classic” that I’d never gotten around to watching, but after seeing The Post it felt like perfect timing.

We have moved on a few years now from the Pentagon Papers to the Watergate scandal. Washington Post journalists Bob Woodward (Robert Redford) and Carl Bernstein (Dustin Hoffman) pull on the thread that is the break in at the Watergate complex and unravel a plot that eventually would go on to topple President Nixon.

This was released just two years after Nixon’s demise, but the screenplay could not be any less sensational or bombastic if it tried. It’s a cool handed procedural thriller that captivates the audience without using any of the usual tricks of the genre. It’s everything good about Spotlight and Tinker, Tailer, Soldier, Spy (the film), and it preceded both by about 40 years.

A timeless classic that is perhaps about to become more relevant than ever.