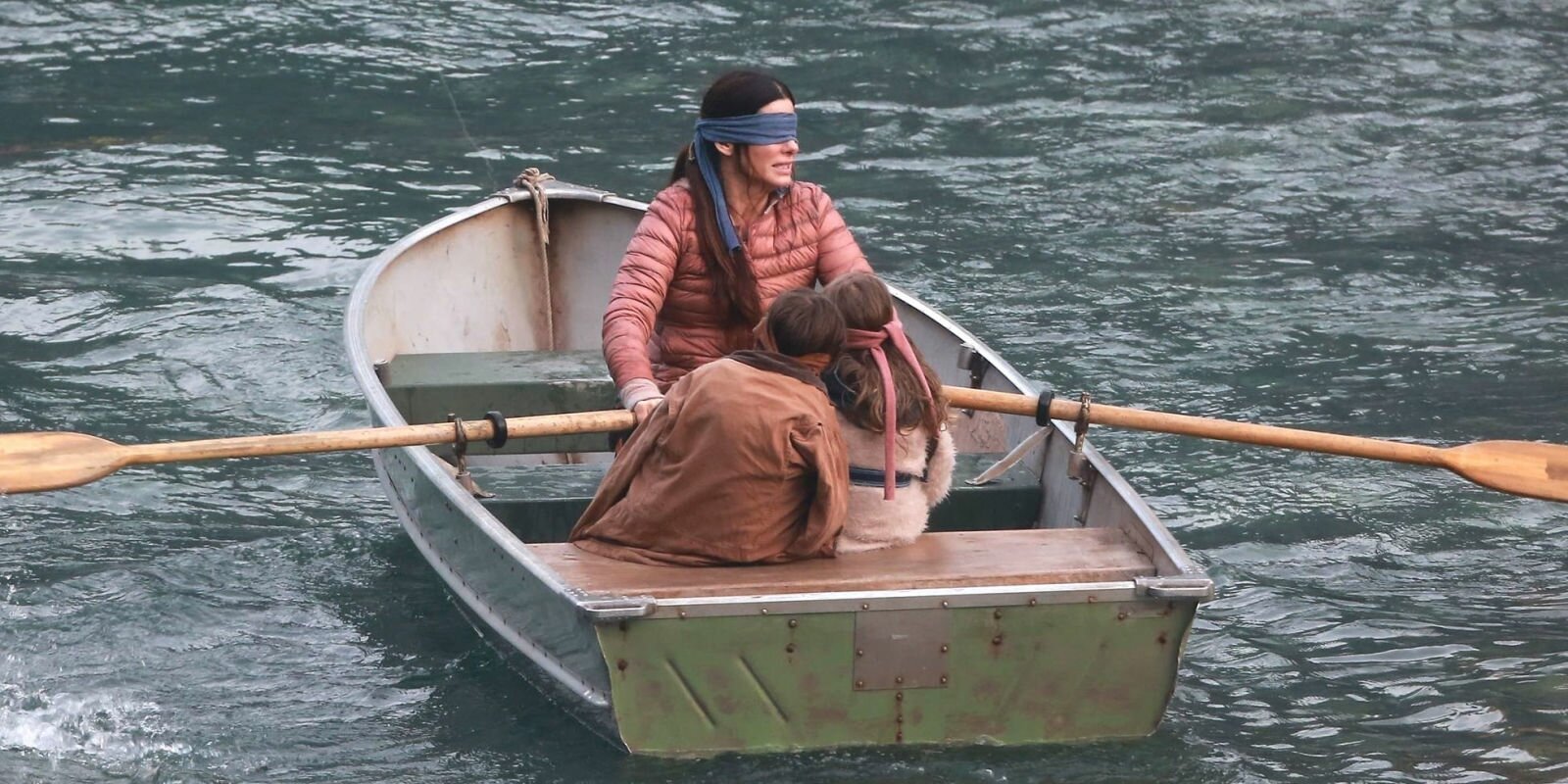 Every contact we’ve had with the outside has brought us death!
26 January 2019

A mysterious force causes people to commit suicide when they lay eyes on it, so everyone has had to resort to living blindfolded.

Remember how you laughed at The Happening when it came out? Well this is somehow worse and no one wants to admit it. Perhaps Netflix has blindfolded us too.

Bird Box refuses to offer any sort of way out of its predicament. This is its biggest failing. There is no hope, so what is the point of staying alive? No one is even trying to work out how to make it stop.

The screenplay fails to establish any emotional connection to its characters, and its lack of a solution gives us absolutely no reason to keep watching. Sandra Bullock and John Malkovich turn in solid performances but 30 minutes in it becomes clear that the script is running low on ideas to keep us interested. You can’t even say it’s overly depressing or contemplative, it’s just… boring!

The list goes on. The subplot with the ‘mad people’ who go round trying to open people’s eyes is poorly thought out, meanwhile other pointless things get explained to death. There’s a five year jump in time in which nothing seems to actually change. The ending is so stupid that it’s insulting to the audience.

Spoilers from here down

I would have re-written this so that they find the ‘safe house’ (a school for the blind, yes you are reading this correctly) half way through. Finding a school full of blind people means that Bullock and her kids can live in a place full of nice people who can’t be affected by the monsters, but they are still fucked, even in the short term.

Have them get to the school at the half way point, then build a plot to save the world from there on in. Even if it fails, it gives us something to hang on to. Instead, Bird Box is just a dull mess that doesn’t even try to keep the audience invested.