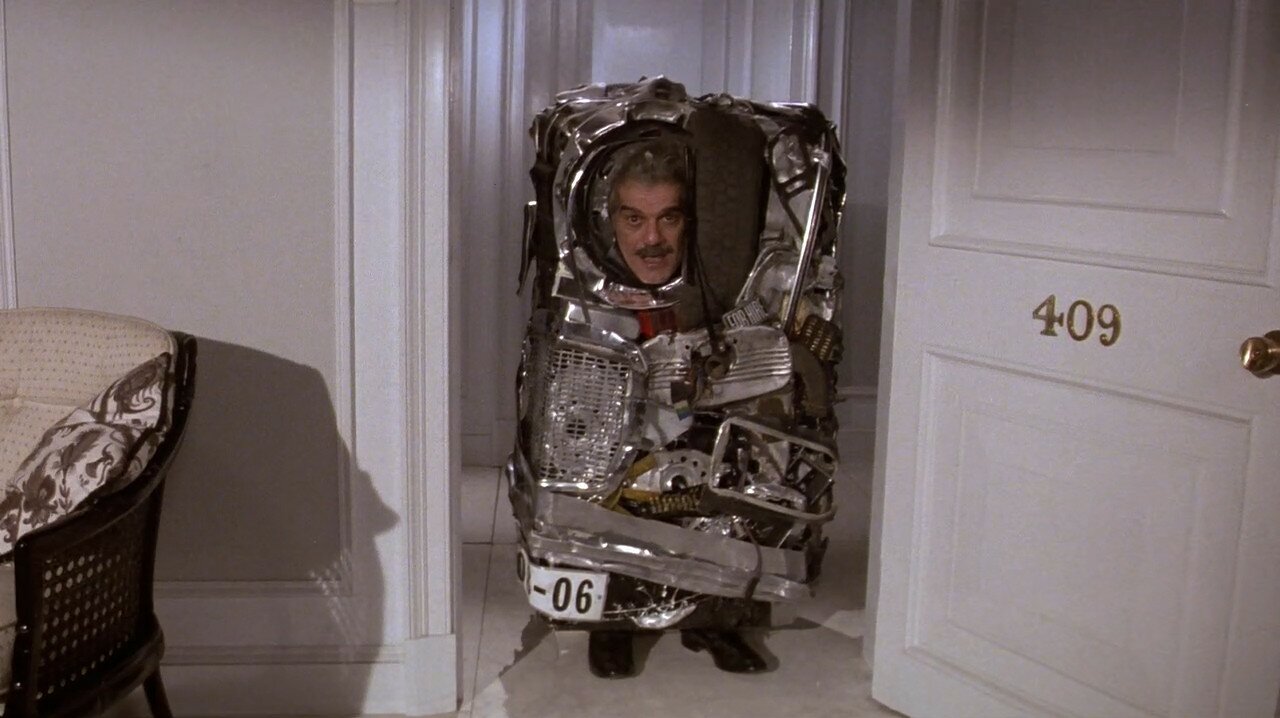 An overlooked gem. The modern spoof movie was killed by those people making cheap digs at pop culture (Epic Movie, Date Movie and the like) but Top Secret! comes from a time when there was an appetite for layered, timeless, shamelessly low-brow comedy.

Val Kilmer makes a great film debut, dancing onto the scene as Nick Rivers, a rock n roll singer sent to East Germany to help spread US culture. It’s a send up of old Elvis movies and Cold War spy films, but most of the gags still hold water.

The rate of jokes-per-minute is so high one can’t help but laugh. Getting heavyweights like Omar Sharif and Peter Cushing to do absurd physical comedy is the icing on the cake. Top Secret! is not afraid to lean on surreal humour either, which adds unexpected depth to the film.

Dad jokes executed with the creativity of a child. Not quite a classic but hilarious nevertheless.