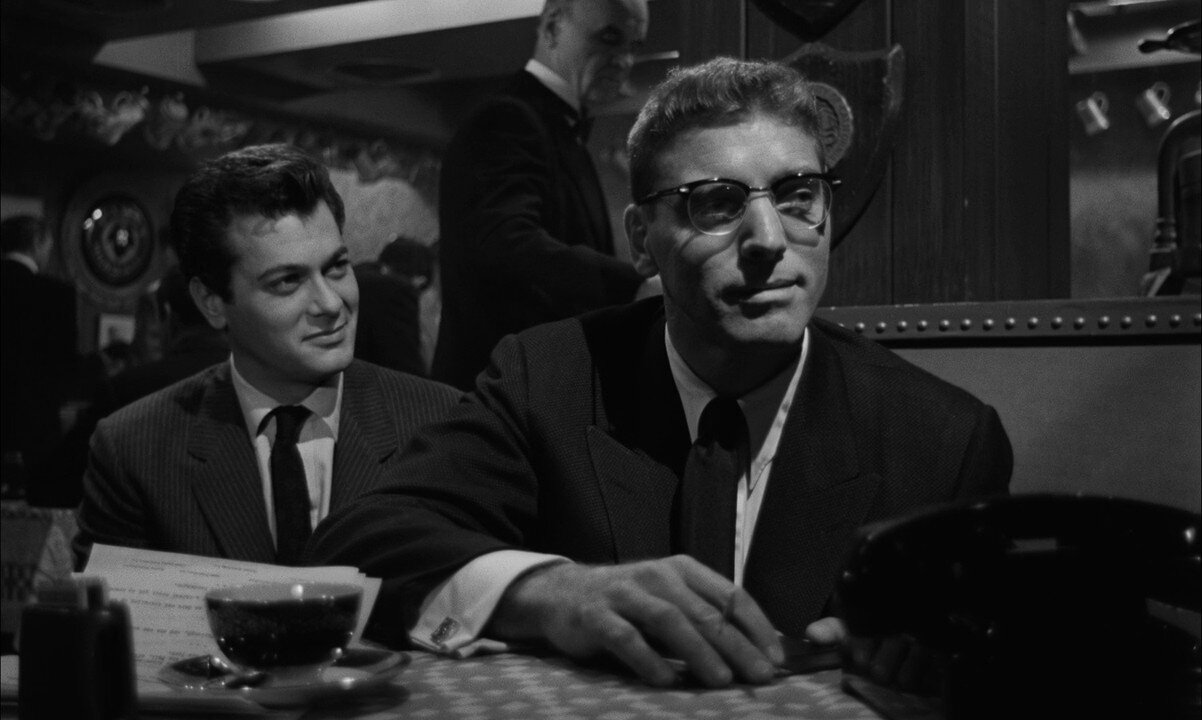 Tony Curtis plays Sidney Falco, a snivelling press agent who fights hard to get column inches in a newspaper for his clients. He does anything he can to win the favour of sleazy columnist J.J. Hunsecker (Burt Lancaster).

Hunsecker has a borderline incestuous relationship with his beautiful young sister (Susan Harrison) and uses he uses Falco as a lackey to try and stop her getting married to a musician he doesn’t like.

Tony Curtis is such a loathsome piece of shit in this. The screenplay is merciless to his character, having him whore out a girlfriend of his without showing any remorse at all. Curtis just takes what he’s given and runs with it, using his charm and good looks to make us hate him even more rather than to win us over.

Burt Lancaster is on the opposite side of the slimy-fuck scale. He puts in a chilling performance, towering over everyone physically and intellectually. The relationship between him and his sister is particularly disturbing, especially with no ‘good guy’ in the film working to stop it.

I was surprised to find that Alexander Mackendrick was at the helm here, the former Ealing Studios man who did The Ladykillers. Not the kind of person you’d think would direct a gritty Manhattan crime drama, but it works. He understands the claustrophobia and oppressive darkness of the genre, and in particular knows how to frame Burt Lancaster to make him as big and imposing as possible.

A film about awful people doing and saying awful things. Brilliant, and still unsettling to this day.