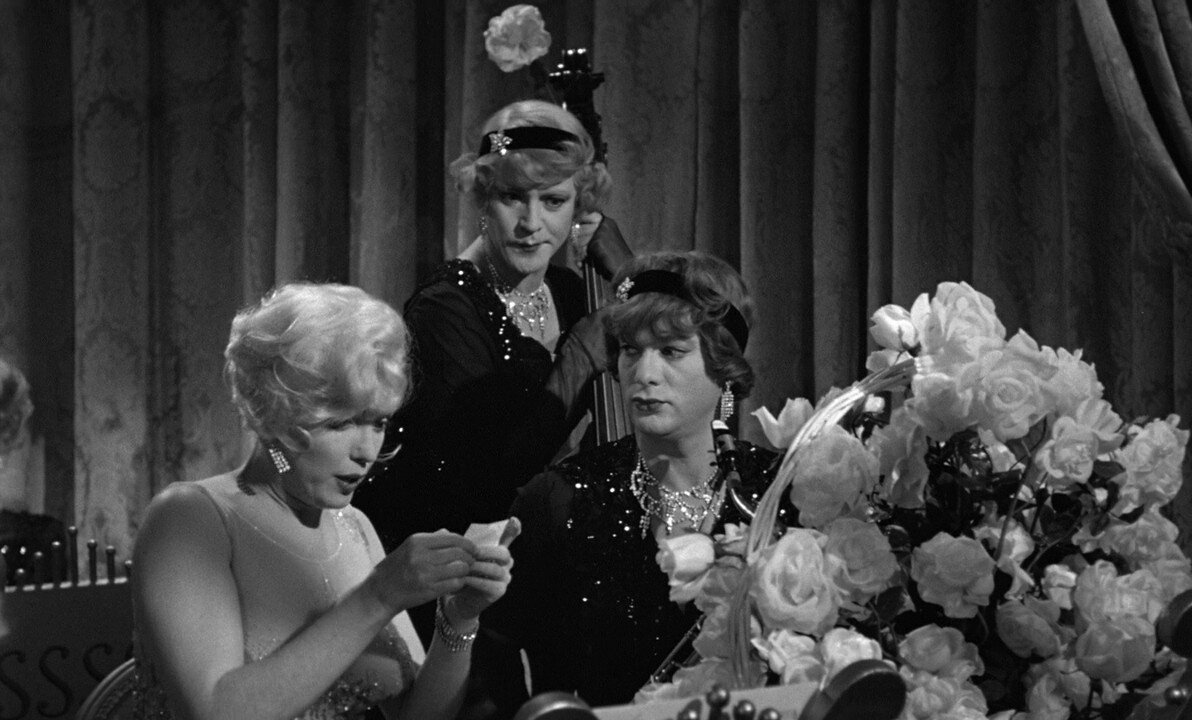 In 1929, two Chicago musicians dress as women to join a girl band heading south to Florida, in order to flee the mob in Chicago.

This is 60 years old now, but Billy Wilder’s work is timeless.

Marilyn Monroe’s contract stated this was to be a colour film, but Jack Lemmon and Tony Curtis looked so grotesque in women’s make-up that Wilder insisted on black and white. They say she took one look at the colour footage and agreed.

It’s also said that she was struggling badly with getting lines out, but you wouldn’t know. She’s hilarious as Sugar Kane (used to be Sugar Kowalczyk), a musician heading to Florida to find a rich man to shack up with, and a massive distraction to our two protagonists.

One thing that stands out is that as the list of hi-jinks and lies starts to stack up you would expect a final scene where it all falls down and everyone desperately tries to explain themselves. Instead Wilder just quickly wraps it up with a joke and rolls the credits. A brilliant way to dodge an otherwise tedious final scene.

I’ve seen this in chunks over the years but never all the way through. Another one I’m glad I finally caught up with. Worth a watch if only for Curtis’ Cary Grant “millionaire” accent.