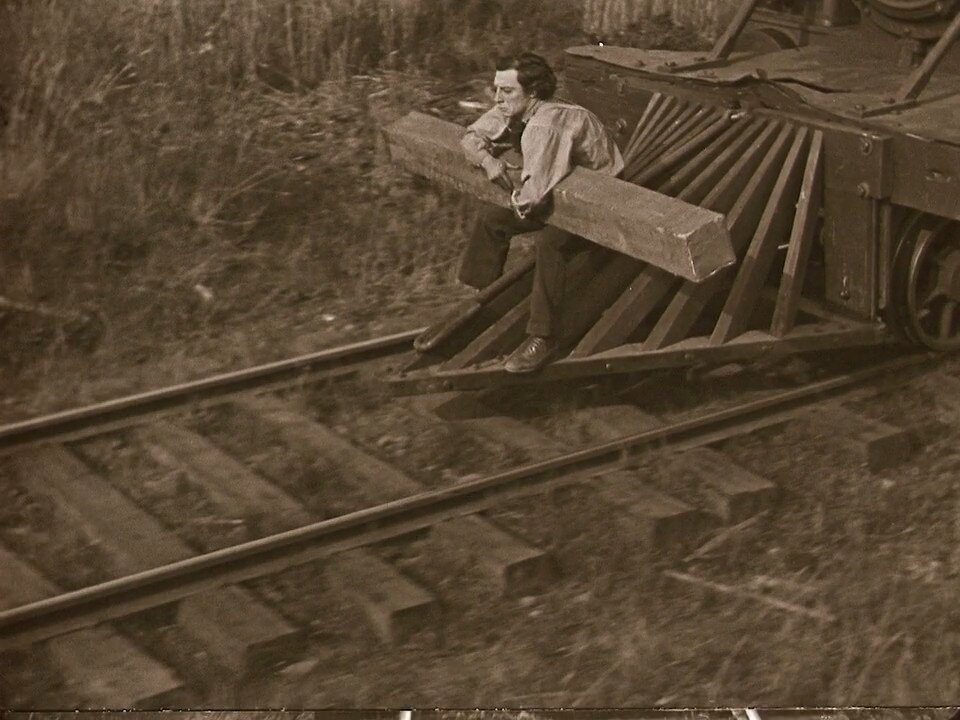 When spies steal a man’s beloved locomotive, he takes an impromptu round-trip ticket through enemy lines to get it back.

The General takes place almost entirely on moving trains, literally and figuratively driving the plot forward. Mostly it serves as a clever setting to pull off some stunts - ranging from hilarious to incredibly dangerous. Keaton jumps around the train like green screen actors do today, except he has no safety net at all.

What you see is what you get. When a train falls through a bridge into the river it’s because it happened. That’s why when he cuts to a train about to hit another only for it to be a near-miss gag, it still gets a reaction nearly 100 years later - you just never quite know how far he’s going to go.

Expensive, inventive, breath-taking and still funny. The General lays the tracks for every comedy to follow.