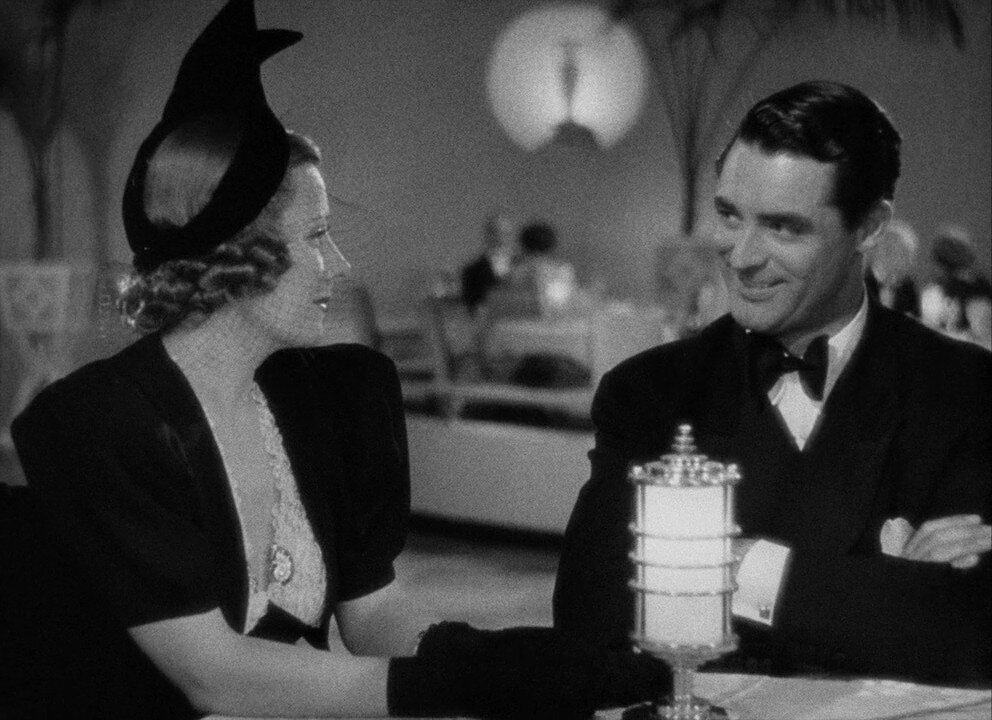 I guess it was easier to her to change her name than for her whole family to change theirs.
15 June 2019

A couple (Irene Dunne, Cary Grant) get divorced, suspecting extra-marital affairs on both sides. As the days count down to the split being finalised, they can’t help but get in each other’s way to find new love.

You don’t expect improvisation from anything made in 1937, yet that’s how McCarey went about making most of The Awful Truth. It’s probably for that reason that much of the comedy still works and feels quite modern. The dialogue is naturalistic & spontaneous yet never loses the sharp wit of the era.

It is said that the actors initially found this very unsettling, to the point where Grant almost quit the set. Yet it’s clear from the final result that they did well to stick with McCarey’s unusual style as he repeatedly strikes comedy gold. It’s laugh-out-loud hilarious.

Dunne and Grant are playful, clearly still very much in love while enjoying some time off from their marriage to fuck with each other. You feel in on the joke, and as a result in on their relationship. It’s a fun ride rather than a fraught will-they-wont-they dilemma.

A great screwball comedy that has stood the test of time.