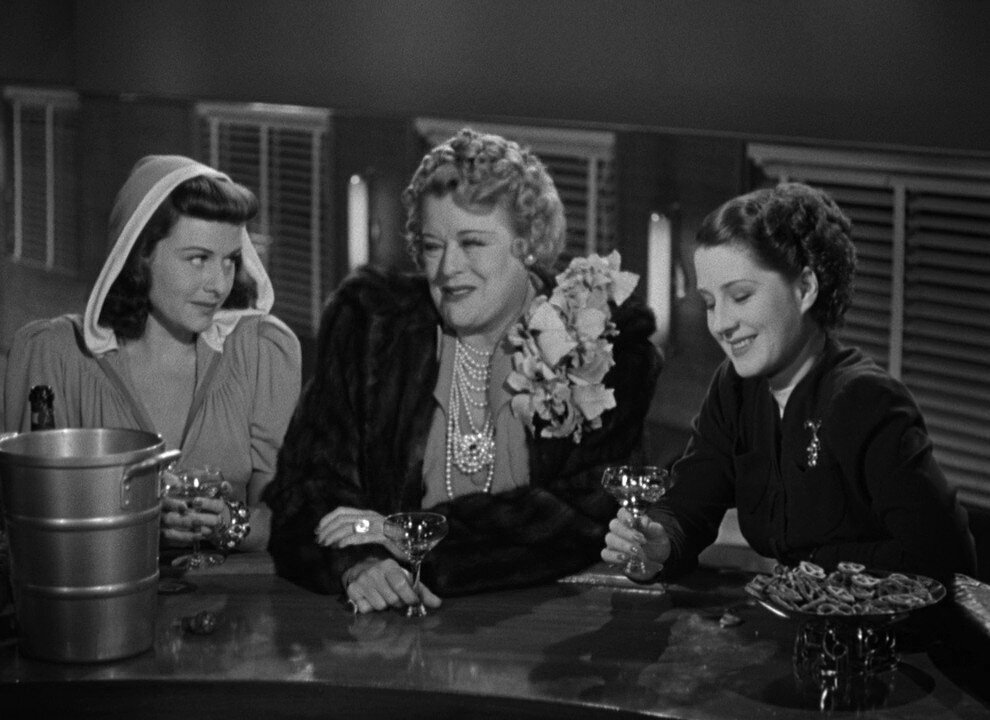 In New York high-society, a woman finds out through gossip that her husband is having an affair.

Even today it’s unusual for a film to star only women, right down to the pictures on the wall, but that’s what they managed to pull off here. We kick off with a panning view into the hectic and noisy world of a department store, with a look into how gossip spreads like wildfire before following our protagonist - someone who got burnt.

The screenplay is razor sharp, with much of the laughs coming from people finding unique ways to be mean to each other. However where The Women might be billed as a comedy it spends most of its run time exploring the drama of its characters, and it’s that fearless jump into serious territory that ultimately makes it a success.

Joan Crawford is particularly interesting as the home-wrecker. She’s a great villain and counterpart to Norma Shearer but lends humanity to the role, never quite losing the audience’s sympathy.

It’s a touch too long and there’s a weird Technicolor fashion show pasted right into the middle of the film which doesn’t add much (aside from some interesting period haute-couture), and hinders the run-time even further.

However, The Women is nonetheless a powerful drama that leaves its mark on the audience.