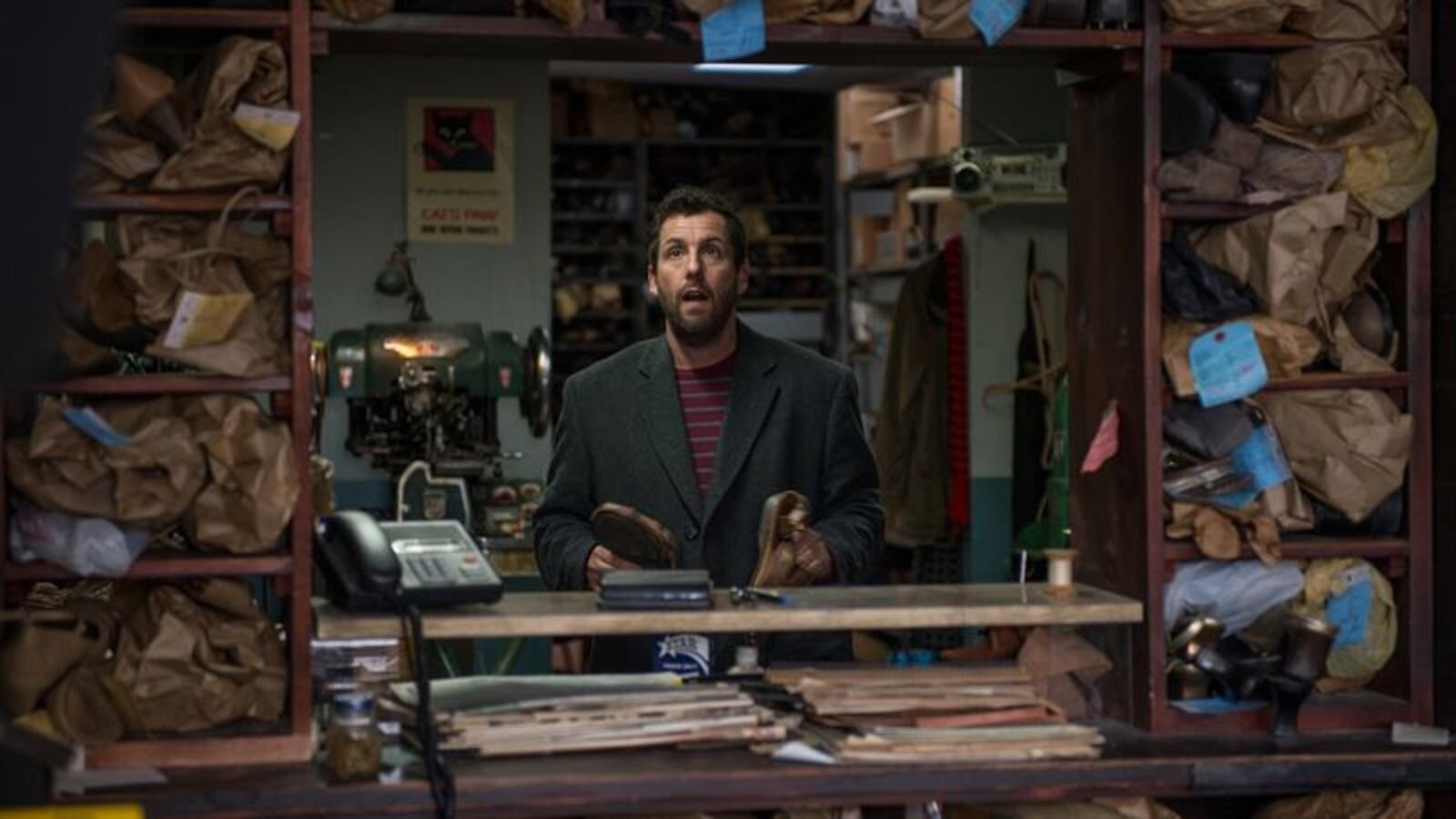 A cobbler (Adam Sandler) discovers that when he repairs shoes with a magic machine then puts them on, he can transform into the owner.

Somewhere buried deep in this unholy mess lies the remains of what sounds like an old Jewish folk tale. The summary above might even lead you to ponder some of the outcomes of the story.

Instead of just telling its story, The Cobbler swerves so wildly off the tracks that you can only sit back and watch the disaster unfold.

I’ll just summarise because I am trying to be less moany.

The director Tom McCarthy went on to direct Spotlight which won 6 Oscars. They should take three off him and call it quits.