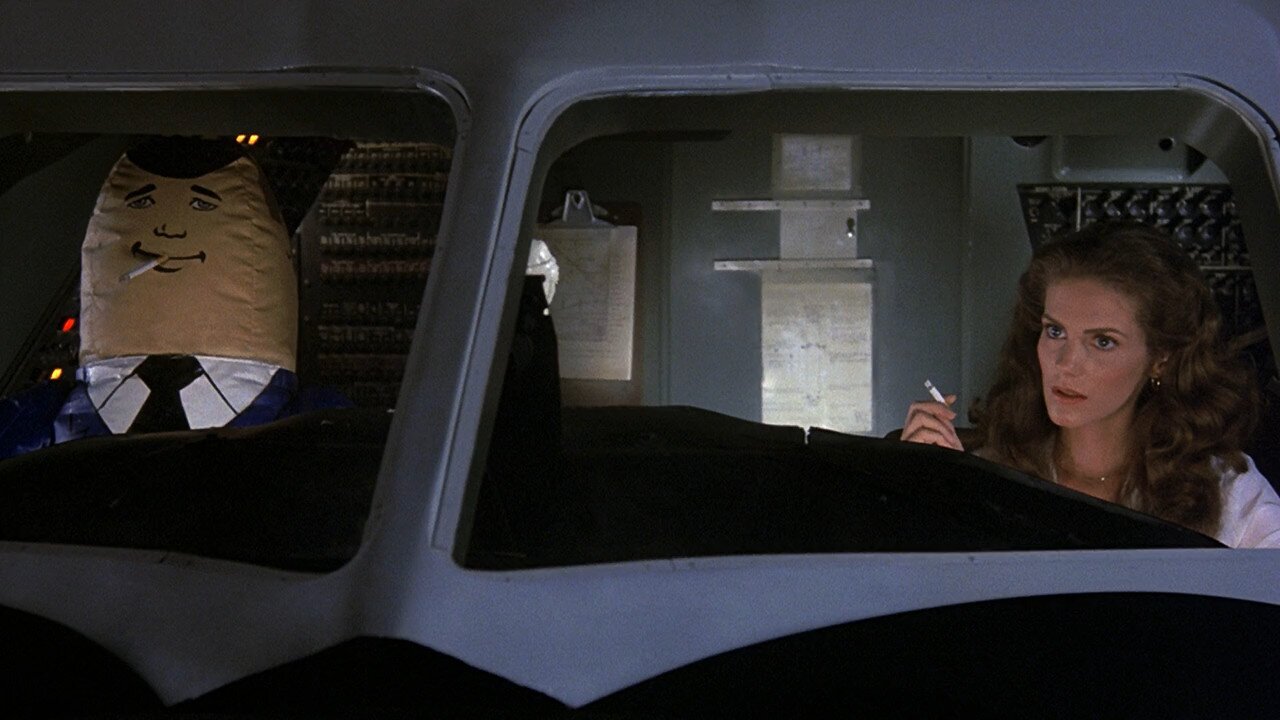 Fast paced, densely packed, slapstick comedy wasn’t anything new in 1980. Getting deadly serious actors to play it all deadpan was though, and that’s really the genius of Airplane!.

I’d forgotten how they introduce Leslie Nielsen - someone suggests he might be a doctor, it cuts over to him and he’s been sat there with a stethoscope around his neck the whole flight. It’s simple, silly and perfectly timed. That just about sums up the film.

You can watch Airplane! half a dozen times (lord knows I have) and there are always new jokes to be found. It’s the gift that keeps on giving, and one of the funniest films ever made.