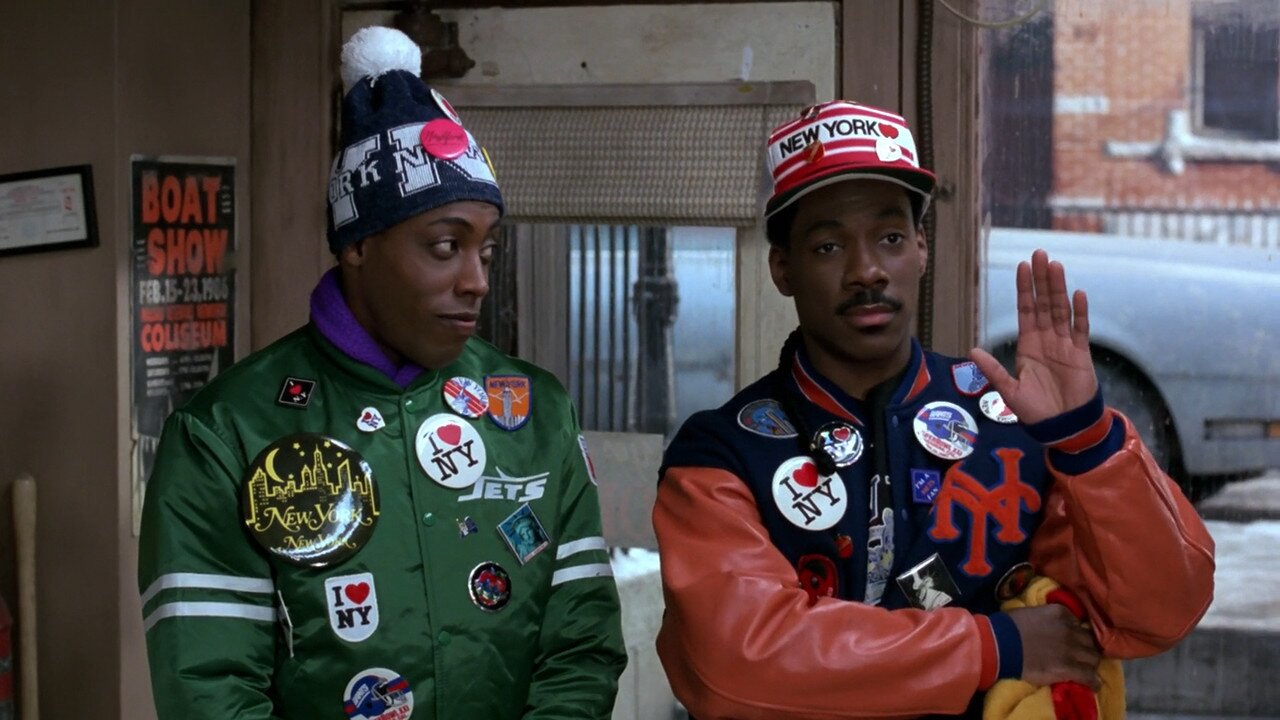 An African prince (Eddie Murphy) goes to New York to escape his arranged marriage and find a bride in America instead.

A funny fish out of water comedy that progresses neatly into a sweet rom com as the prince tries to marry the girl of his dreams without her knowing who he really is.

Ironically despite the ‘love me for who I am’ message of the film, he only manages to impress her because of his money and his fame, however indirectly he tries to apply it. He helps people out with large sums of money, he’s educated, he’s happy at work because he doesn’t rely on the wage - he finds love because of this and it’s all because he’s a prince.

It’s got some of that late 80s/early 90s bloat where the screenplay wants to tell you every little detail, at one point our prince leaves the house, comes back, leaves, goes somewhere else, his dad comes back… in the mean time nothing is actually happening.

Contradictions and dead-weight scenes aside, Eddie Murphy and Arsenio Hall are hilarious, and the love story is cute with a nice ending to wrap it all up. Not Murphy’s best film but some of his best work as an actor.