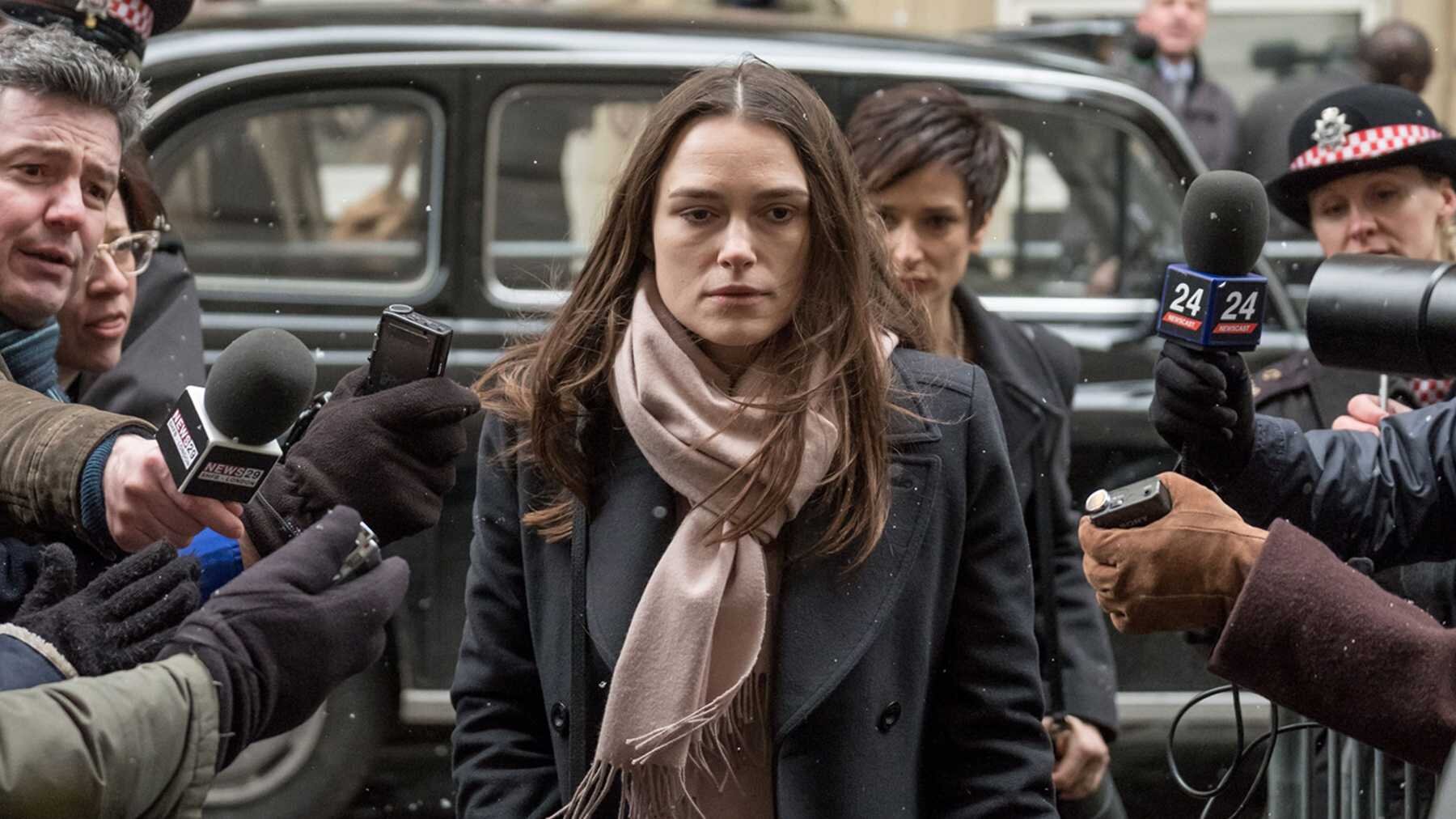 Just because you’re the Prime Minister, it doesn’t mean you get to make up your own facts.
14 October 2019

Keira Knightley stars as Katharine Gun, a GCHQ whistleblower who leaked a memo from the NSA in an effort to stop the Iraq war and prove its unlawfulness.

Knightley spends the first half of the film shouting at a television, while the real star of the film Matthew Goode does his job as a journalist trying to get her leaked memo verified.

It makes sense from a pure timeline perspective but it’s a jarring choice for a film, since he then doesn’t feature at all in the second half. At that point, Ralph Fiennes takes over as the lawyer trying build a defence for her.

So what is Knightley’s role in this exactly? She’s left as a bit of a dull centre to an affair where a lot of interesting things are happening on the periphery. There are some painfully clumsy attempts to show us how she feels about the political climate at the time, all redundant since her actions as a whistleblower speak for themselves.

Despite being a dry and strangely assembled drama, Official Secrets still mostly works quite well. It’s a rocky path to the final act, but once we get there the pay off is well constructed, shocking and satisfying.

This was shown at a ‘mystery screening’ event at the local cinema - you pay a low price but you don’t know what they are going to show. When the end came about there were audible gasps from the crowd - not bad considering most people were probably hoping for the new Terminator.

While there’s little about Official Secrets to get bums on seats, it is nevertheless a straightforward retelling of events that serves as a poignant cautionary tale.