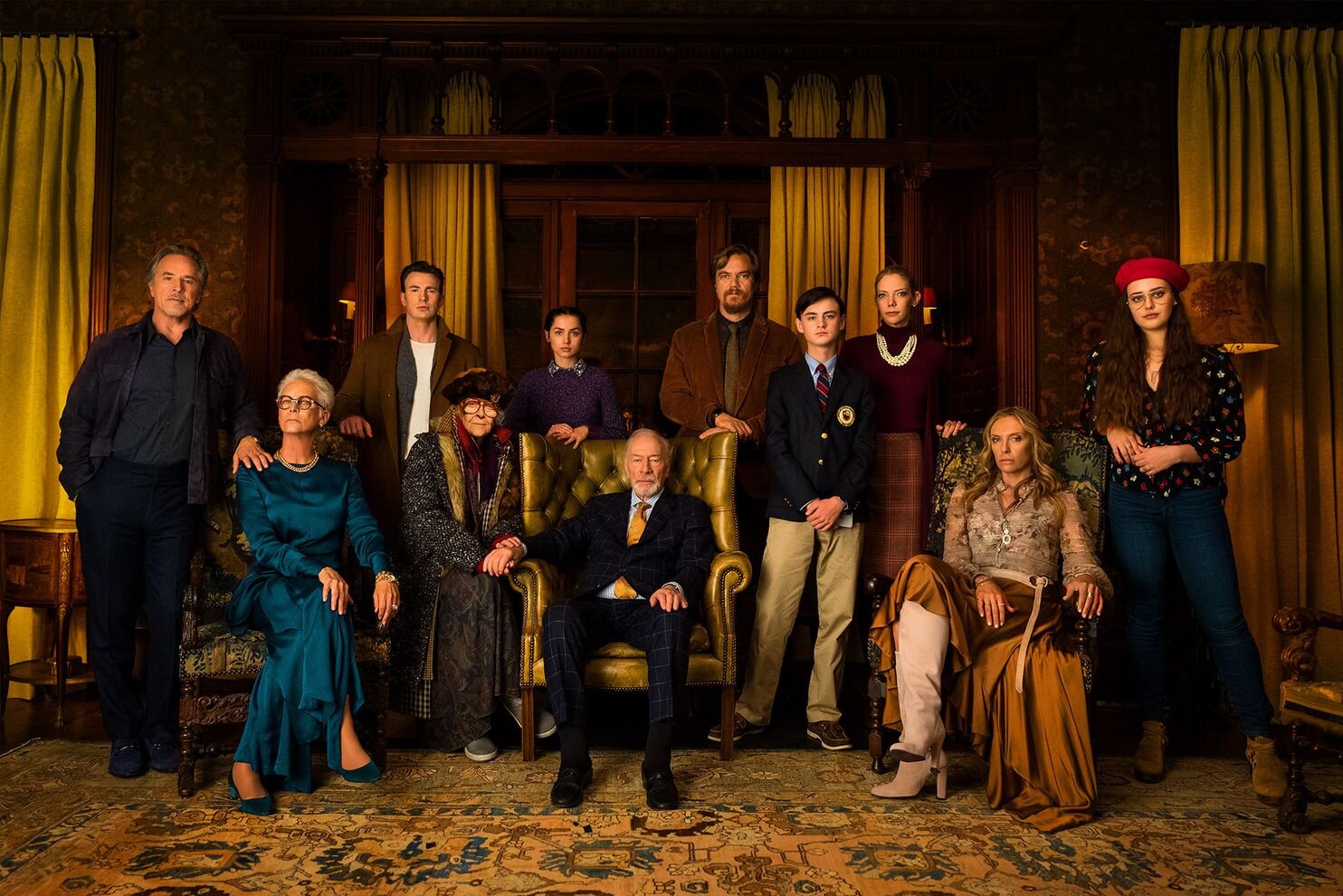 You skipped the funeral, but you’re early for the will reading.
01 December 2019

When the head of a wealthy family (Christopher Plummer) dies by apparent suicide, famous detective Benoit Blanc (Daniel Craig) arrives on the scene to reveal there is more to the case than meets the eye.

Craig’s well-dressed Louisiana detective is the glue that holds the whole thing together, and he brings some real panache to the role. He digs into script with a slow ponderous drawl that you could listen to all day.

The rest of the family are well cast (Michael Shannon, Toni Collette, Chris Evans, Ana De Armas, Don Johnson, Jamie Lee Curtis) and the funniest stuff is just watching the entitled rich kids react to a smart, well spoken southern detective. They aren’t sure whether to take him seriously at first, and neither are we.

There’s a lot that could have gone wrong here. The whodunit format. The ensemble cast vying for attention. The obvious twist in the tail. Daniel Craig’s preposterous accent. Somehow Rian Johnson takes all that and shapes it into one of the best films of the year.

Can someone convince him to drop Star Wars and make some more Benoit Blanc mysteries?