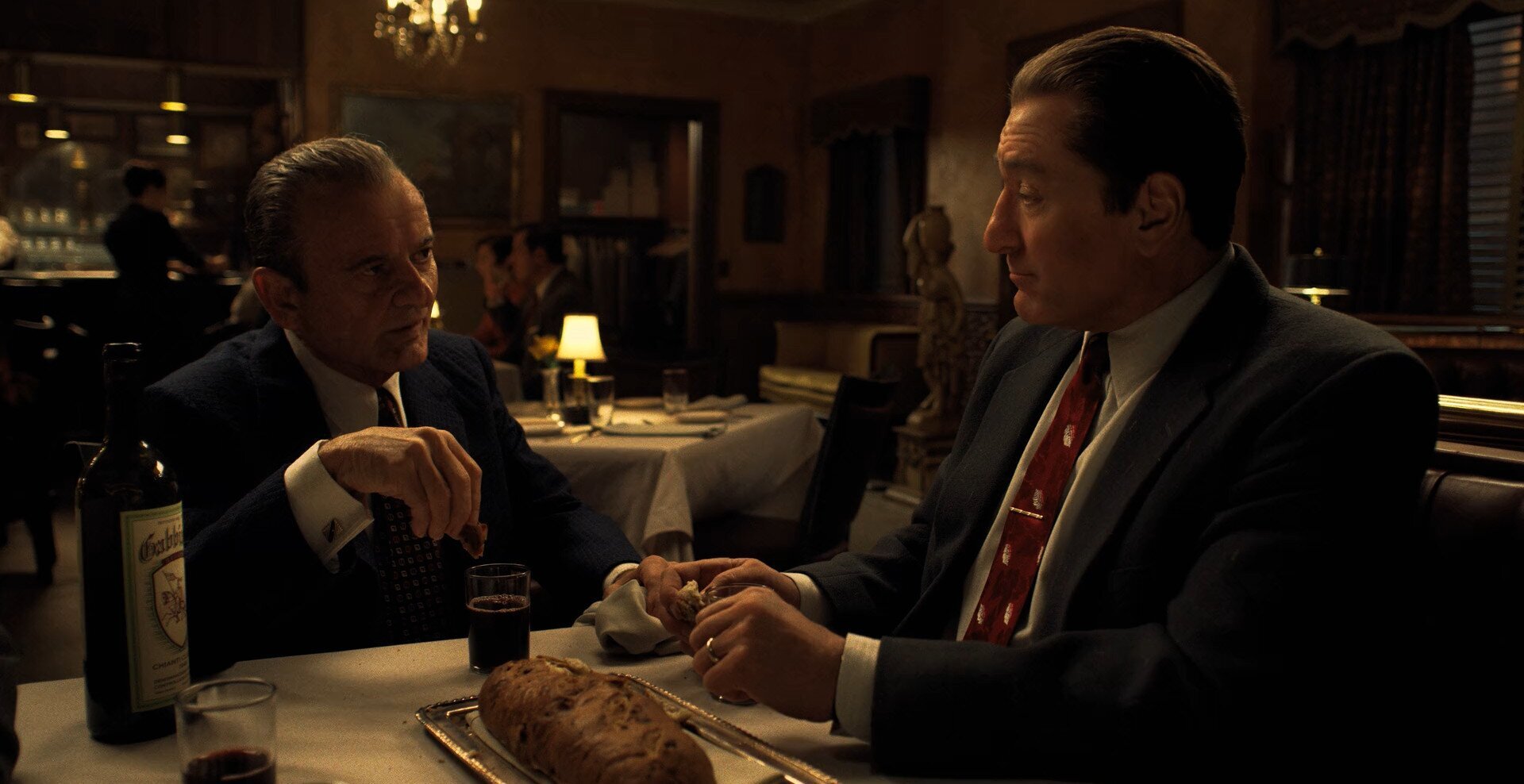 You don’t know how fast life goes by until you get there.
14 December 2019

Frank Sheeran (Robert De Niro), a mob hitman, recalls his involvement with the Bufalino crime family and his possible role in the assassination of Jimmy Hoffa (Al Pacino).

It’s amazing that Scorsese managed to tell a story like this without coming a cropper. The digital de-aging is sometimes distracting but only in the ‘younger’ scenes. Wisely, the meat and potatoes of the film happens when the characters are slightly older, and the technology works almost seamlessly. Also wisely, he leans heavily on a rock solid screenplay to get the job done, rather than showing off his fancy new effects.

What happens when you look at a microcosm like a crime family, and fast forward 40 years? Where do people end up? What were the consequences? Well Frank Sheeran survived to tell us, and it’s not glamorous. People argue, people die, and as we climb the mountain of life the view from the top shows it was all for naught.

Every time a new character is introduced, it is accompanied by a snippet of text on screen explaining how they met their maker; almost always a swift few shots to the head. It’s darkly funny, but from the get-go shows us that The Irishman is more about the end than the present.

Scorsese’s longest and most ambitious work. It’s hard to think of a better film for him to have made at this stage in his career. Where much of his work charts the rise and fall of its characters and gets us to feel the allure of the criminal underworld, in The Irishman life never gets good for anyone.

A late work of genius from a director clearly still passionate about storytelling through cinema.