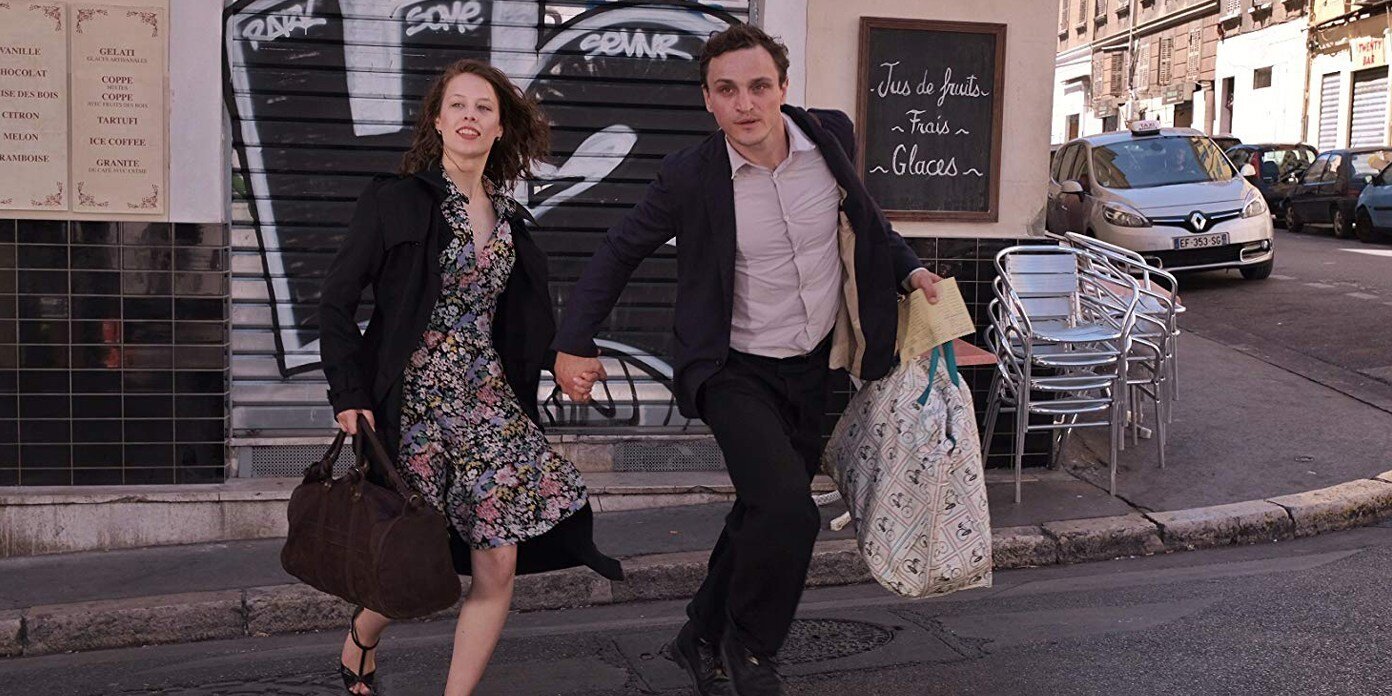 Who forgets faster, the Abandoned or the one who left?
18 February 2020

With the Germans taking over France and ‘cleansing’ the country city by city, a man flees to Marseille in the hopes of getting on a ship to Mexico. He falls in love with a mysterious woman and must decide whether to stay or to go.

It’s not immediately clear from the description that this is set in the modern day (or close enough). It’s chilling to see what an occupation would look like now, and serves as a good way to imagine what it must have been like in WWII.

The fascist state is largely an invisible force hanging a few steps behind the narrative, plunging the audience into a mild anxiety right up to the credits. Transit is far from a thriller, yet Petzold still finds ways to get your pulse up.

The script is neat and tidy to the extent where it might test your suspension of disbelief, even for a grim, artsy drama such as this. Especially when it starts wrapping up its plot threads.

That is more than offset by the clever premise and great awareness of the location. Transit, a German film, captures Marseille in a way few French films manage to. Perhaps because large swathes of France have written it off as a sprawling, violent, sweaty town not worthy of consideration in positive light, it has taken an outsider to really understand it. Similarly, the cliches of it being a carefree sunshine city are nowhere to be found here.

Or perhaps it’s an obvious candidate to serve the plot, as a place where so many people are just passing through.

Perhaps too dour and ponderous for its own good at times, Transit is nevertheless a resounding success.