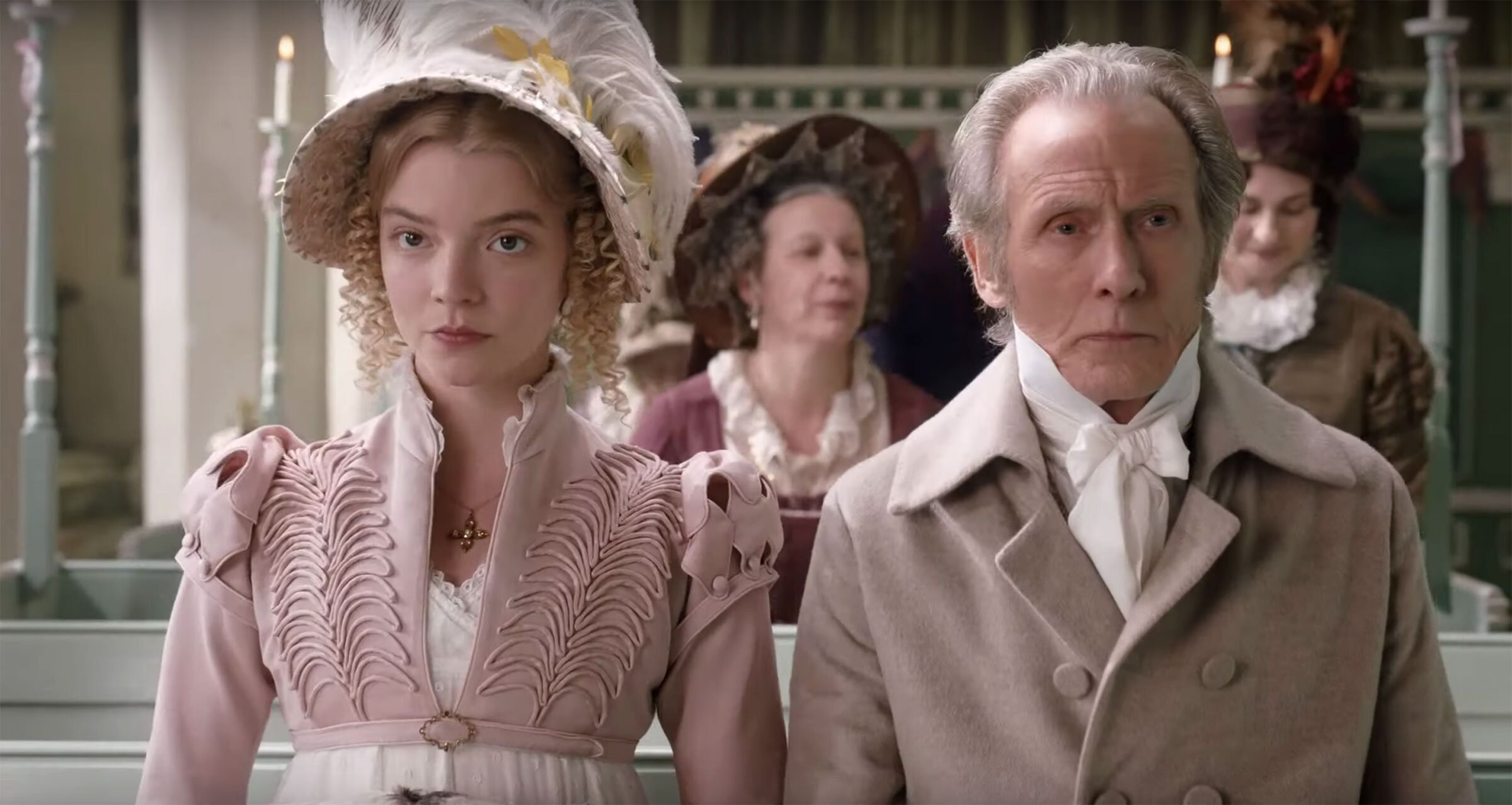 An adaptation of the Jane Austen novel, a romantic comedy of errors. The world wasn’t asking for another take on Emma but here we are, and thankfully this one is rather good.

It’s a colourful, vibrant film that manages to be at once very original and surprisingly faithful to the novel. Much like Little Women it feels modern without ever trying too hard.

The dedication to the text is mostly a plus but it does hamper the first 20 or so minutes of the screenplay. We’re off to a slow start as we adjust to the period dialogue and wry sense of humour, and it can be tricky stepping into the complex social structure the characters inhabit.

It all pays off once things get underway, however. Emma obsesses over, scrutinises and mocks the details of society and makes it real rather than quaint.

De Wilde shoots with panache, injecting a vitality into every scene that cuts through much of the social stuffiness of the era. It’s like being at the table rather than watching a recreation of a period dinner.

She is interested in characters and performances above all else, and this stands out above most Austen adaptations that seem more invested in costumes and carriages. The set design and costume work are exquisite - every frame is awash with colour - but it is faces that take centre stage.

Add to that some captivating lead performances that wrangle the tricky dialogue to do their bidding and you’ve got a great day at the movies. A rare success in this genre.