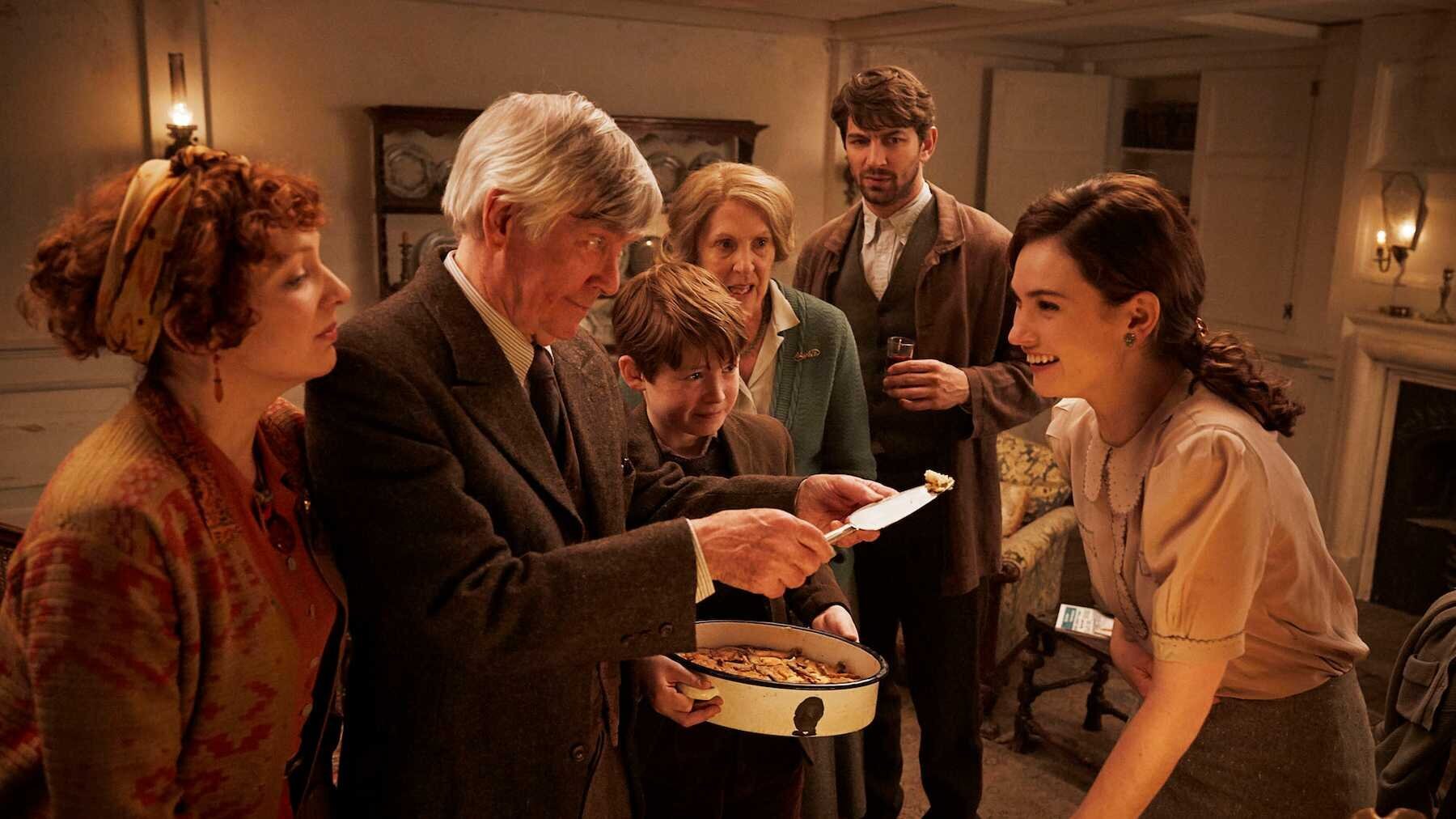 Do you suppose it’s possible for us to already belong to someone before we’ve met them?
22 March 2020

In 1946 London, an author (Lily James) receives a letter from Guernsey requesting a copy of a book. She exchanges letters and uncovers the story of a book club formed during the Nazi occupation. Intrigued by the story, she sets off to the island to find out more.

An odd beast. The first act ropes you in, spinning an island yarn about an unusual part in British history. Mysterious events come to the fore. Attractive people get involved. The second bores you to tears as Lily James traipses around looking at newspaper clippings. The third cashes in on some emotional payoffs that weren’t really set up in the second. Standard British historical drama fare.

James puts in a good turn though and the supporting cast are rock solid. Penelope Wilton in particular has a couple of scenes that are easily the best in the film.

Despite its sickeningly twee and wordy title (which I won’t type out again), this is actually quite a straightforward and palatable historical romance-cum-mystery. It prefers narrative instead of quirkiness, and for that it has to be applauded.