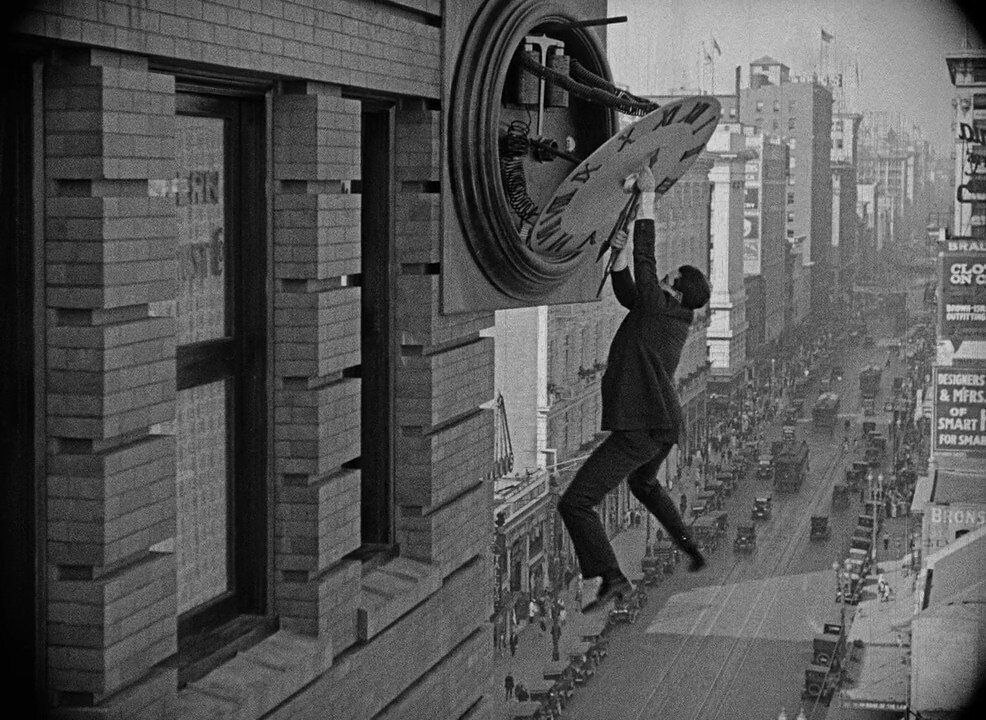 I’m having a little difficulty in ditching the cop.
30 March 2020

A young man (Harold Lloyd) goes to the city to make money and impress his girlfriend (Mildred Davis). He tells her he’s making big bucks but really is struggling to make a cent, and using what he does earn to buy gifts for her. When she comes to town to visit him as a surprise, he must make it look like he’s doing well.

Lloyd plays second fiddle to Buster Keaton and Charlie Chaplin (third fiddle?) in the annals of silent comedy history, but he is the man dangling off the clock face over the city, and therefore deserves recognition.

Safety Last! has more to it than its crazy stunt, it’s an avalanche of jokes, mishaps and clever set pieces. The scene in the department store when Lloyd fends off hoards of women on sale day is quick witted and hilarious.

Easily worth an hour of your time.