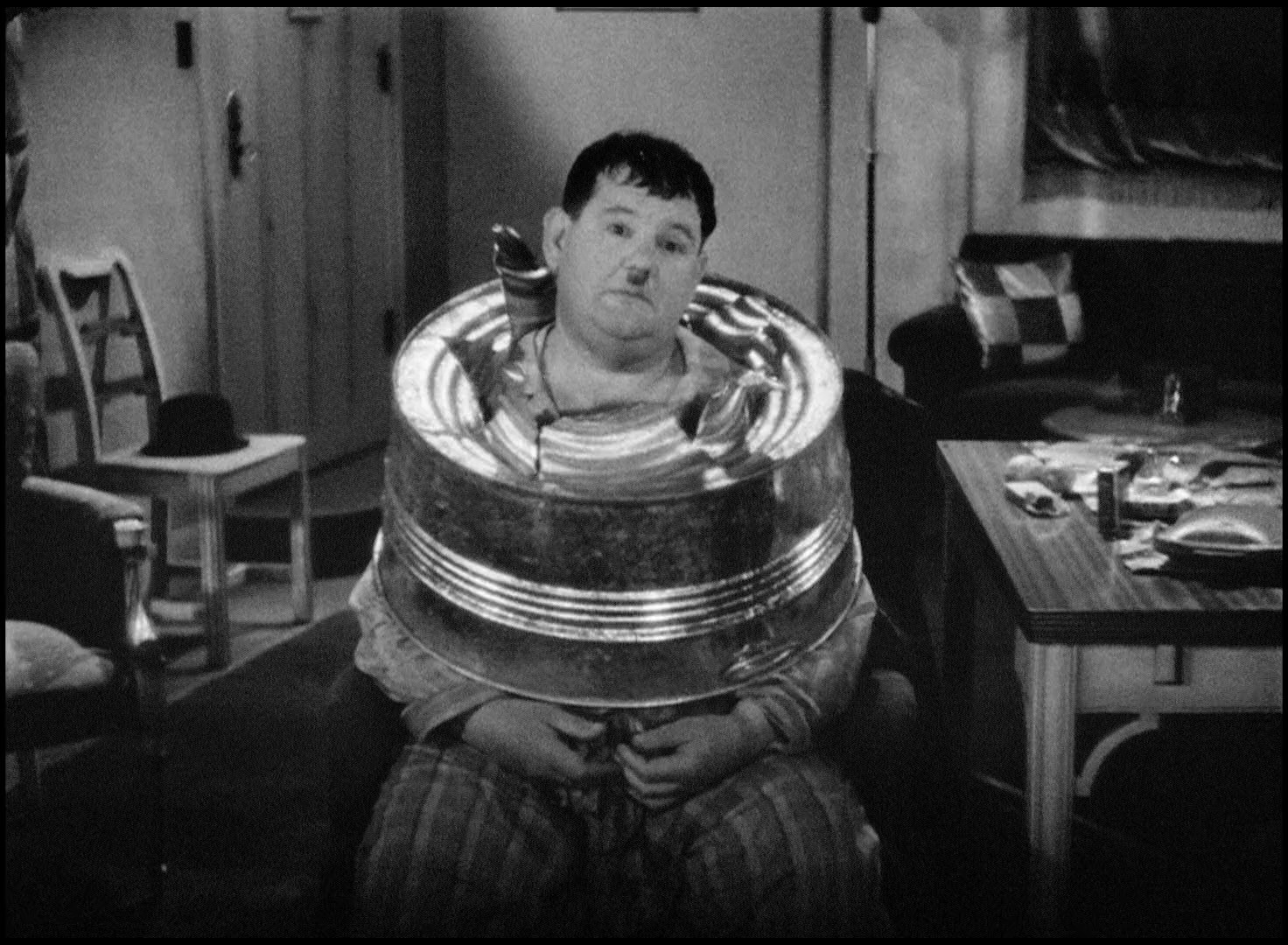 Sons of the Desert

Stanley wouldn’t dare lie to me. I hate to think what would happen if he ever did.
16 May 2020

Stan and Ollie try to go to a convention in Chicago, despite their wives telling them they can’t. They use a medical trip to Hawaii as an excuse to slip away.

We’re still on our trip through comedy history so I cannot resist comparing this to Duck Soup, which we just watched. For my money this is far funnier, and still hysterical today.

There are parallels between the two films. Both are based around on-screen personas that get re-used across films. Both lean hard on physical comedy. The difference is that Laurel and Hardy are not the wisest smartest guys in the room, whereas Groucho is. The former is far more relatable, which helps it stand the test of time.

Comedy tends to come from the story in Sons of the Desert. They are trying to achieve something, moving towards a goal. It’s a haphazard and sometimes flimsy framework for gags, but at least it gives us something to follow and hold on to. Contrast that with Duck Soup which bolts from one skit to the next, making it irritating and hard to follow (to me, and clearly not the decades of film historians who adore it…).