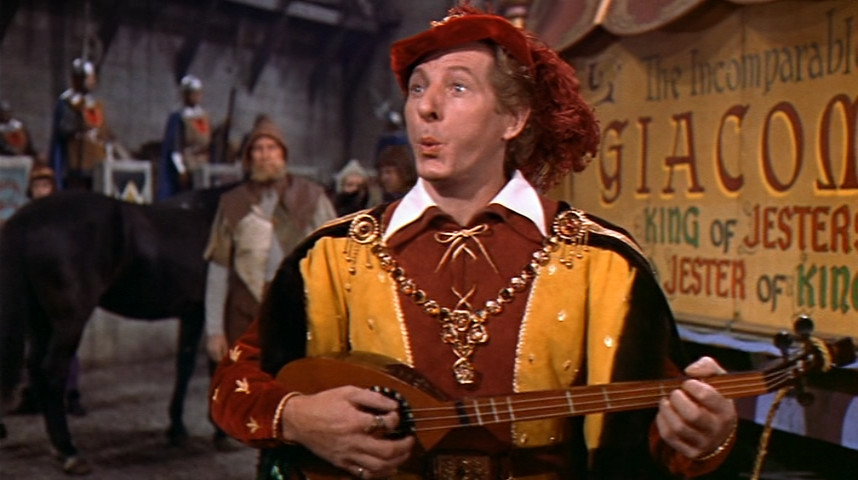 Oh, it’s very simple, sire. When the Doge did his duty and the Duke didn’t, that’s when the Duchess did the dirt to the Duke with the Doge.
14 June 2020

A performer (Danny Kaye) poses as a jester to gain entry to the king’s court in a plot to overthrow him and restore the rightful heir to the throne—a baby with a royal birthmark on its backside.

One of the better showcases of Danny Kaye’s talent. He’s got the ability to go from funny to endearing to exciting at a snap of the fingers (quite literally in this case), it’s a joy to watch him at work.

Backing him up are Angela Lansbury, Glynis Johns, Cecil Parker and Basil Rathbone - all memorable in their own right. I don’t think I’ve ever seen Rathbone outside of Sherlock Holmes—he’s wonderful here as the dastardly panto villain.

The plot makes no sense but The Court Jester is an explosion of music, colour and comedy that can cheer up any wet weekend afternoon (as can Glynis Johns…).