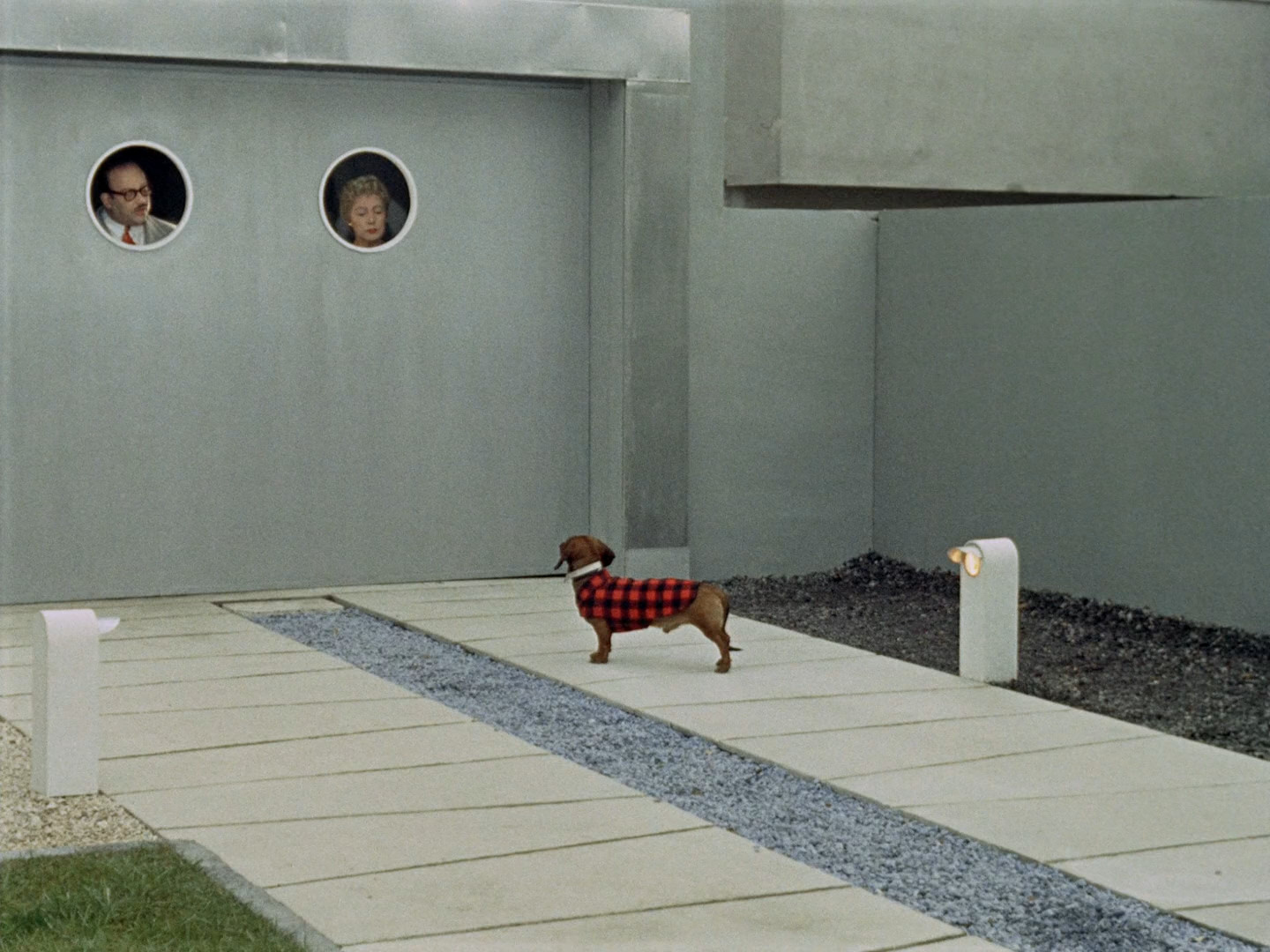 Monsieur Hulot’s sister and nephew live in a high tech house full of whizz bang gadgetry that opens garage doors and cooks steaks for you. He struggles to get to grips with it all.

Monsieur Hulot is one of the most kind natured characters put to screen, yet under the skin Mon Oncle is a scathing take down of modern life and consumerism. At the time people said it was a bit too on the nose, needlessly mocking progress. Now, when modern technology has taken over our lives, it feels cathartic.

He uses architecture as satire. The ridiculous grey house is not far off something one might see on Grand Designs. His railing against minimalism feels more relevant than ever in the age of Instagram interior design.

It would be unfair to say the film is anti-technology, Tati pushes more against technology for technology’s sake—things that wind up hindering rather than helping you. If he could see smart kettles and wifi lightbulbs today he might want to make a sequel to Mon Oncle.

Comedy rules over commentry though. Despite being a tad long this has some of my favourite scenes I’ve seen from him thus far. He’s nostalgic for a time that probably never quite existed as he tells it, but nonetheless Tati’s world is a place that is a joy to inhabit for a couple of hours.