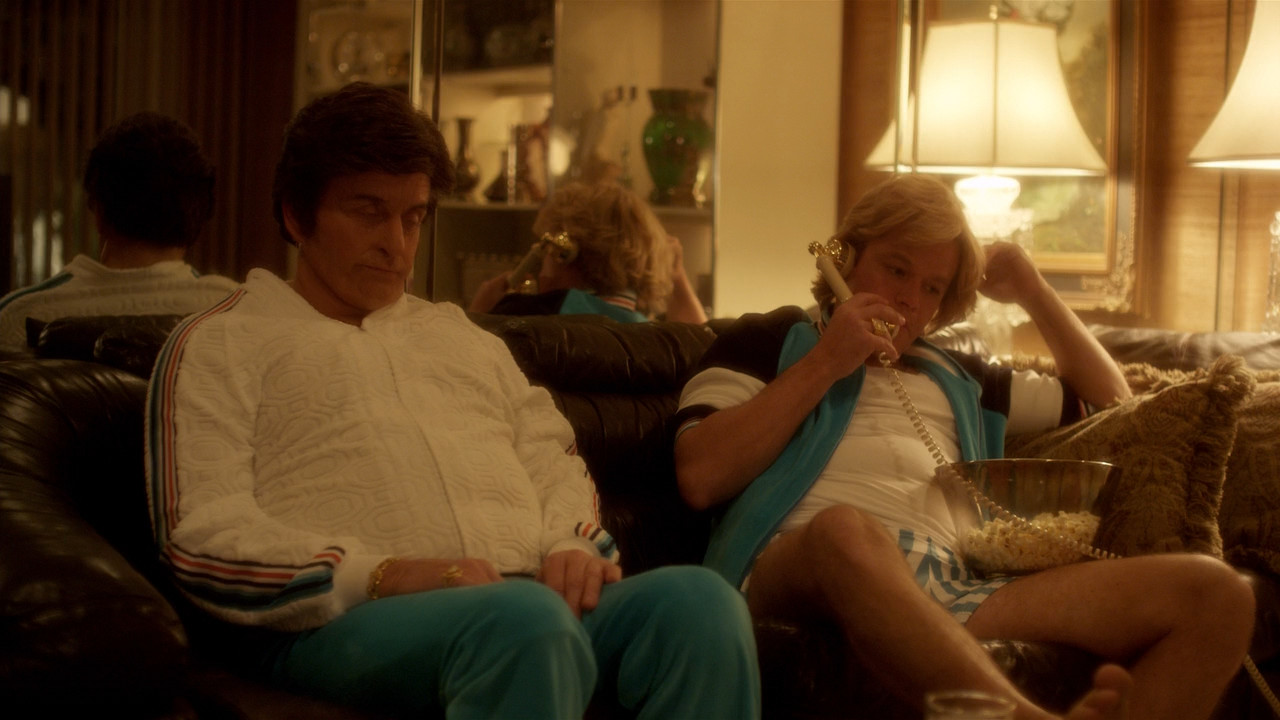 A biopic about Liberace (Michael Douglas) and his young lover and confidant Scott Thorson (Matt Damon).

Structurally this is a straight-laced film from Steven Soderburgh, who opted to go with all the beats and plot points we are used to from biopics. In this case it’s the lover who gets addicted to drugs and money, not the musician, but otherwise you’ve probably seen it all before.

It might be a cookie biopic then, but it’s an example of how to do it well. Damon and Douglas nail the two lead parts, which is key to the success of the film. The supporting cast are unusually good—no one is too showy, and on the other end of the scale no one phones it in.

I gather they had trouble getting the green light for the film because it’s “too gay”, but it’s important they stuck to their guns on this. Perhaps this seems like an obvious point to make—it’s a biopic about Liberace—but Bohemian Rhapshody self-censored its queerness and it was a damp squib.

There’s not much to see here beyond two great performances, but as with all these types of films that is probably enough to earn it a thumbs up from me.