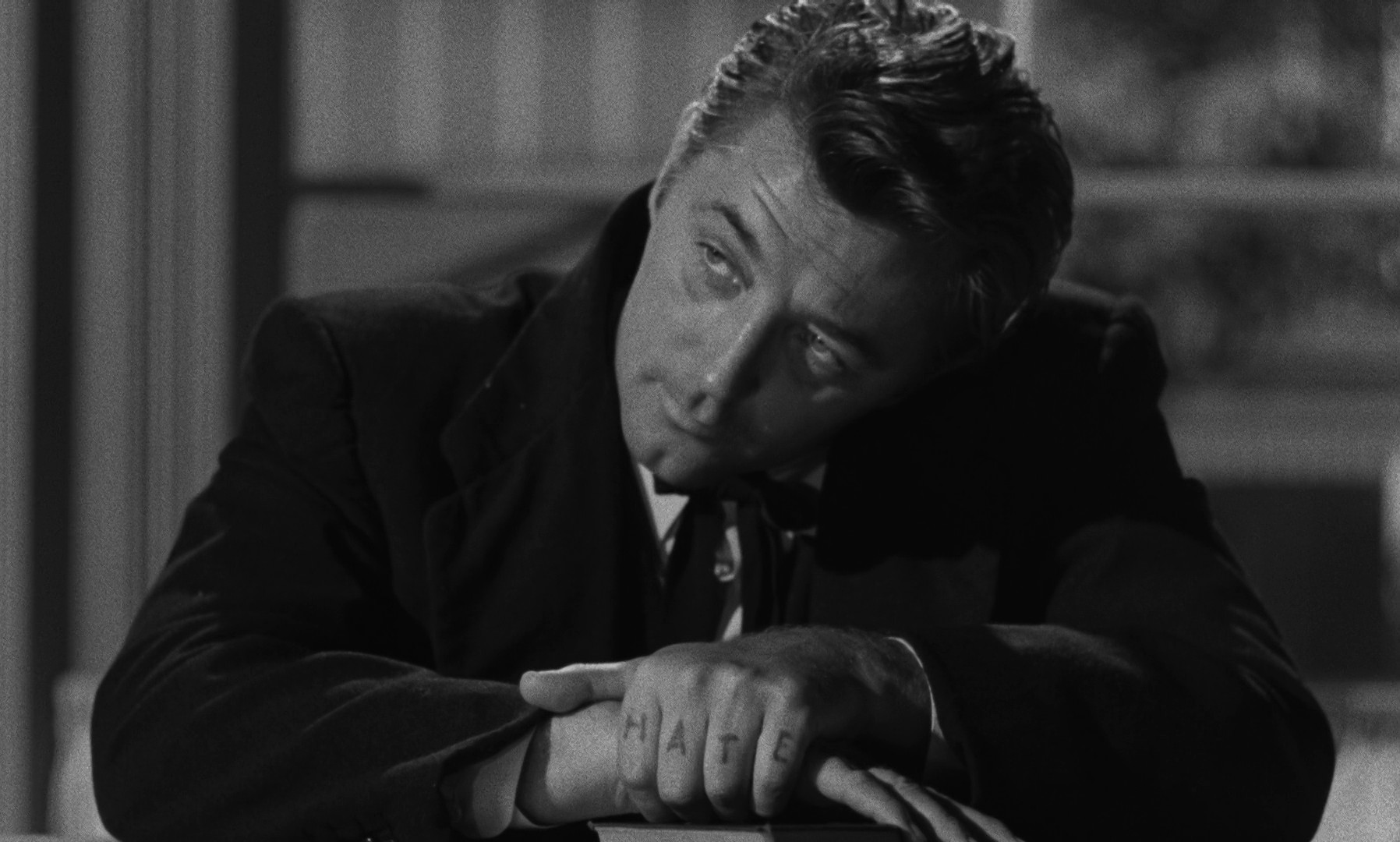 The Night of the Hunter

Just before his arrest and hanging, a bank robber leaves $10,000 he stole in the possession of his children, making them promise never to tell where it is. In prison he shares a cell with self-appointed preacher and serial killer Harry Powell (Robert Mitchum), in jail for car theft. When the Powell is released, he charms his way into the bank robber’s family, marrying his widow (Shelley Winters) in an attempt to find the cash.

It flopped upon release (and was therefore Laughton’s only film), but it’s hard to see why when he so carefully balances artfulness with broad appeal. It’s a totally gripping and terrifying film from beginning to end—simply written, beautifully acted and cleverly directed. There’s very little to dislike.

Mitchum is the sweet-talking smooth-singing devil personified, charming almost everyone he sees. It’s a slightly exaggerated performance but it works in context, and the threat of his hulking figure appearing out of nowhere becomes scarier than his actual presence on screen.

A striking, surreal, menacing, powerful, sweet film—not to be missed.