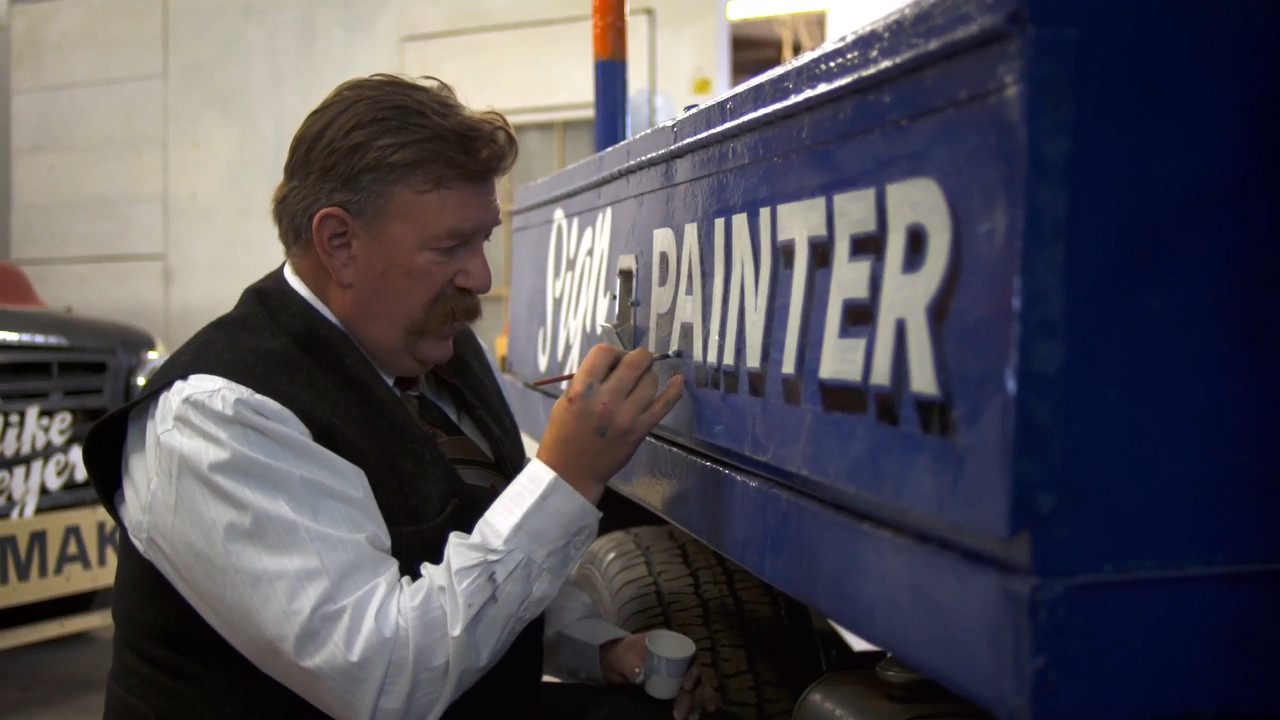 A look into the dying art of hand painted signs, specifically in the USA.

You probably know the formula here. This thing we used to do has been taken over by computers. It’s cheaper, faster and doesn’t require much skill any more. But there are still guys out there doing it! The same story has been told about the printing press, the Linotype, the map, the film photograph, the vinyl record… the list goes on.

And yet here the formula does work. This is a persuasive film that does a great job of showing off the work of sign painters, both in progress and in situ. Unlike other technology the computer has rendered obsolete, you really get the sense that with shop signs we took a step backwards in the name of saving money.

Perhaps we could have done with some more footage of people discussing the craft itself. The film focuses a lot on the current state of affairs in the business and people’s love for the job, but I think there might have been room for a little technical talk. That might just be the nerd in me talking.

From a UK perspective, I think Sign Painters might be preaching to the choir. Who doesn’t love a hand painted pub sign? They form a crucial part of British towns, cities and villages.

Still, it’s competently made and worth a watch, either as a pause to consider the role of the humble sign in society or just to gawp at nice artwork.