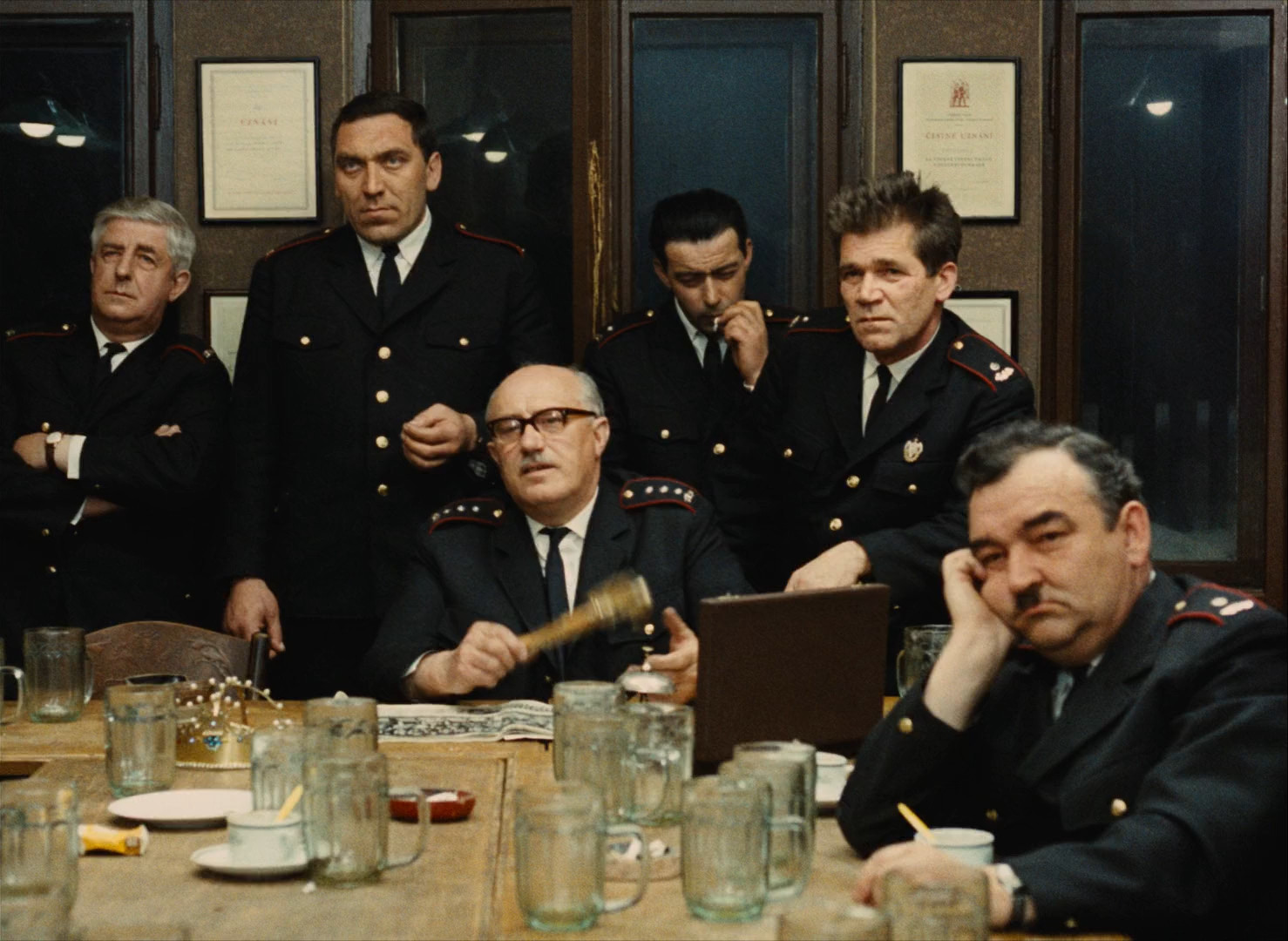 A group of firemen organise a ball to present their old chief with an award. Things go awry and the whole event falls apart. A Czech film made just before the 1968 Soviet invasion.

Apparently Forman never set out to satirise East European Communism, and yet his film barely disguises its contempt for bureaucracy. Even now without any historical context much of what we see in The Fireman’s Ball resonates.

For instance, a man’s house burns down during the ball. The fire is extinguished and everyone at the ball has a whip-round to raise money for him. Instead of giving him money though, they give him raffle tickets. Worse still, the prizes have all been stolen. Everyone feels good about themselves while he is left with nothing.

Most of the film comprises of people running around from gaffe to gaffe; chasing women around to recruit them for a beauty pageant and trying to recover stolen raffle prizes. Historical context aside it’s first and foremost a comedy, and a successful one.

I’m sure some of the humour is lost in translation, and perhaps lost in time, but this is still surprisingly funny and (sadly) relevant to our times.