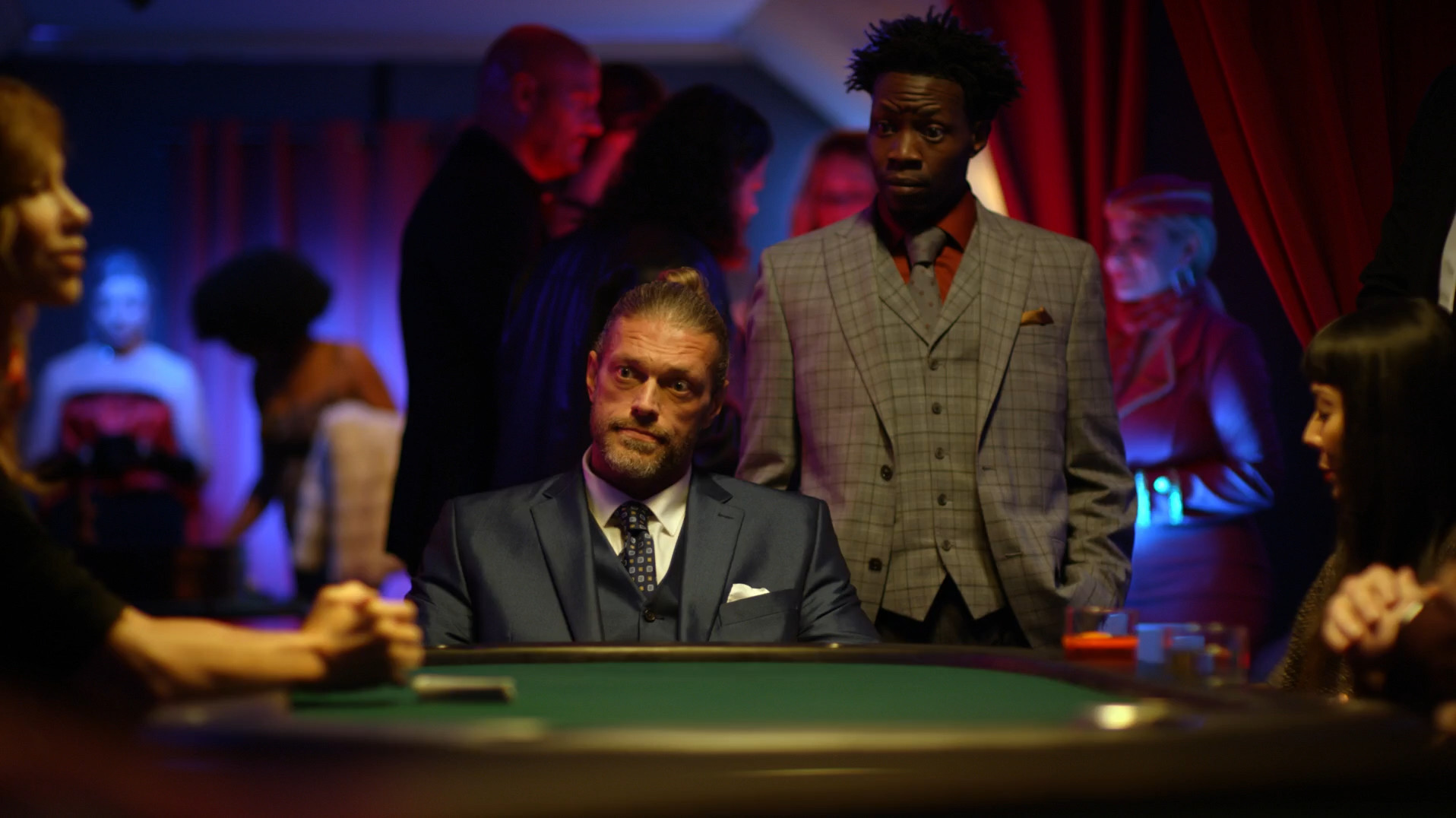 Welcome aboard MONEY PLANE. The casino in the sky, where the passengers are the world’s worst criminals. If the plane looks really big on the outside but suspiciously small on the inside, don’t worry it’s just your eyes.

Can’t make your set big enough to look like an actual plane? Just put lots of curtains in it and use the same room over and over again. Curtains play a big role on the Money Plane, which is good because they are the best actors onboard.

That’s not entirely true, Kelsey Grammer is in this. He plays a character called Darius Emmanuel Grouch III, aka “The Rumble”. Yes, Money Plane was likely written by an eleven year-old.

There’s one scene where they are in the server room on the plane. There’s a fight and someone smacks into one of the computers, causing a DVD to pop out by accident. That made it into the film.

This is low effort dreck. But… I have to reluctantly admit that it got a laugh out of me, perhaps for the wrong reasons, and that is has left me with lots of questions about how or why it was made.