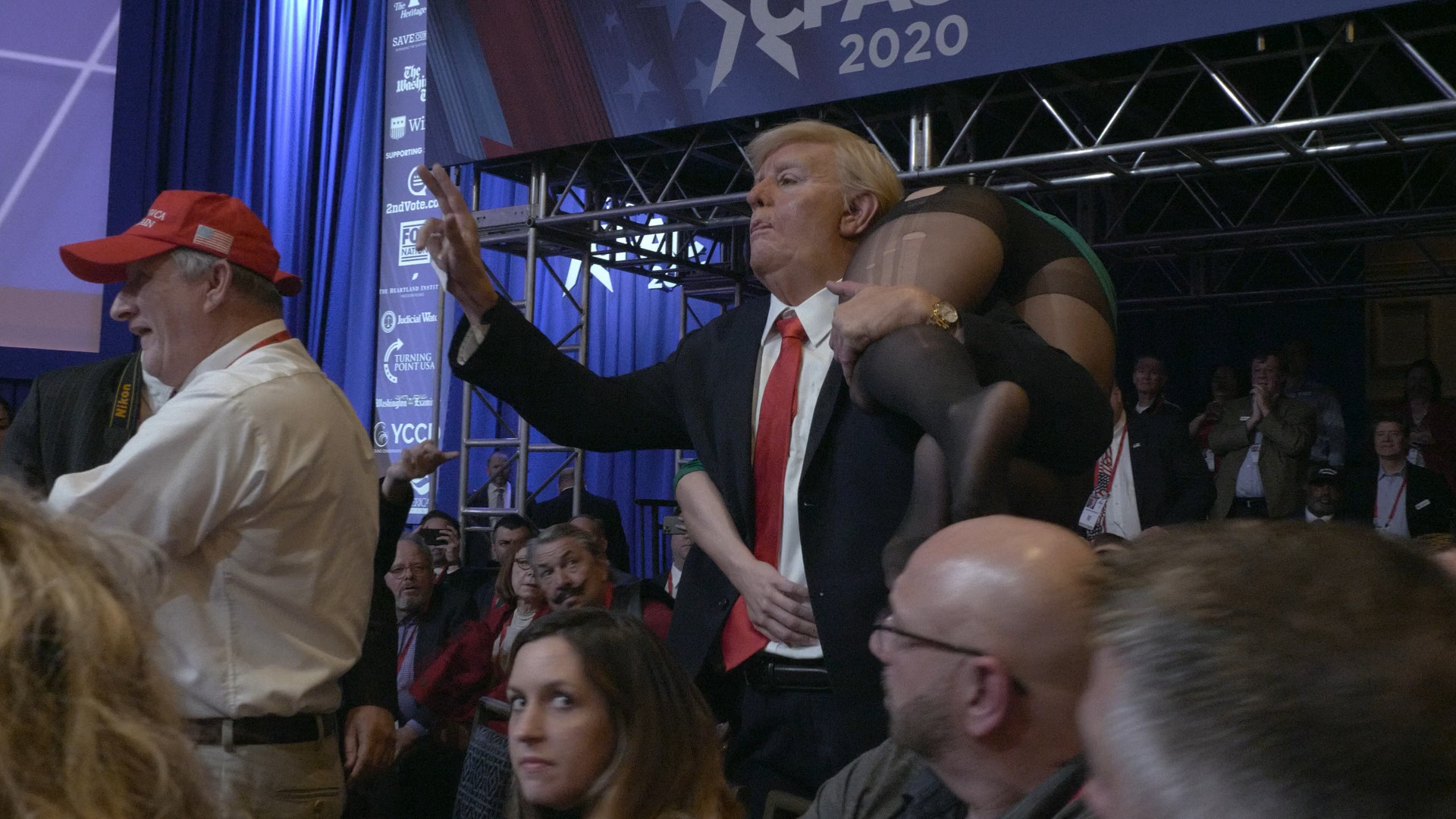 My daddy is the smartest person in the whole flat world!
25 October 2020

I can’t say I was a huge fan of the original Borat, perhaps the insufferable and endless impersonations that the character inspired in my generation are what put me off. This one felt like a must-see however—shot during the pandemic and released days before the US election.

Something doesn’t quite sit right with this. Yeah it’s fun to laugh at bigoted Americans, but you can find examples of stupid people everywhere you look. All the clips of ‘real’ setups beg for more context but because they are also trying to fit a scripted narrative, context is never provided. How did you get these people in these situations? How did you film it? Did they not wonder why there was a camera there?

These questions press even harder in the scenes where people are actually nice. There’s a great scene with an old Jewish lady, another with a babysitter and another with some COVID-hoaxers (who are pig-headed but did invite a foreigner into their home at the drop of a hat). Are these people all being lied to?

The footage of Rudy Giuliani, hands down his trousers or otherwise, shows him to be a creepy perv and it’s the most effective scene. It’s a big ‘win’ for the film, but it’s the only one.

As a comedy, I’m tired of the same joke over and over. However, the fertility dance got a shock-laugh out of me.

Borat 2 doesn’t get enough juicy footage to change the political landscape and isn’t funny enough to be cathartic in these insane times. A swing and a miss.