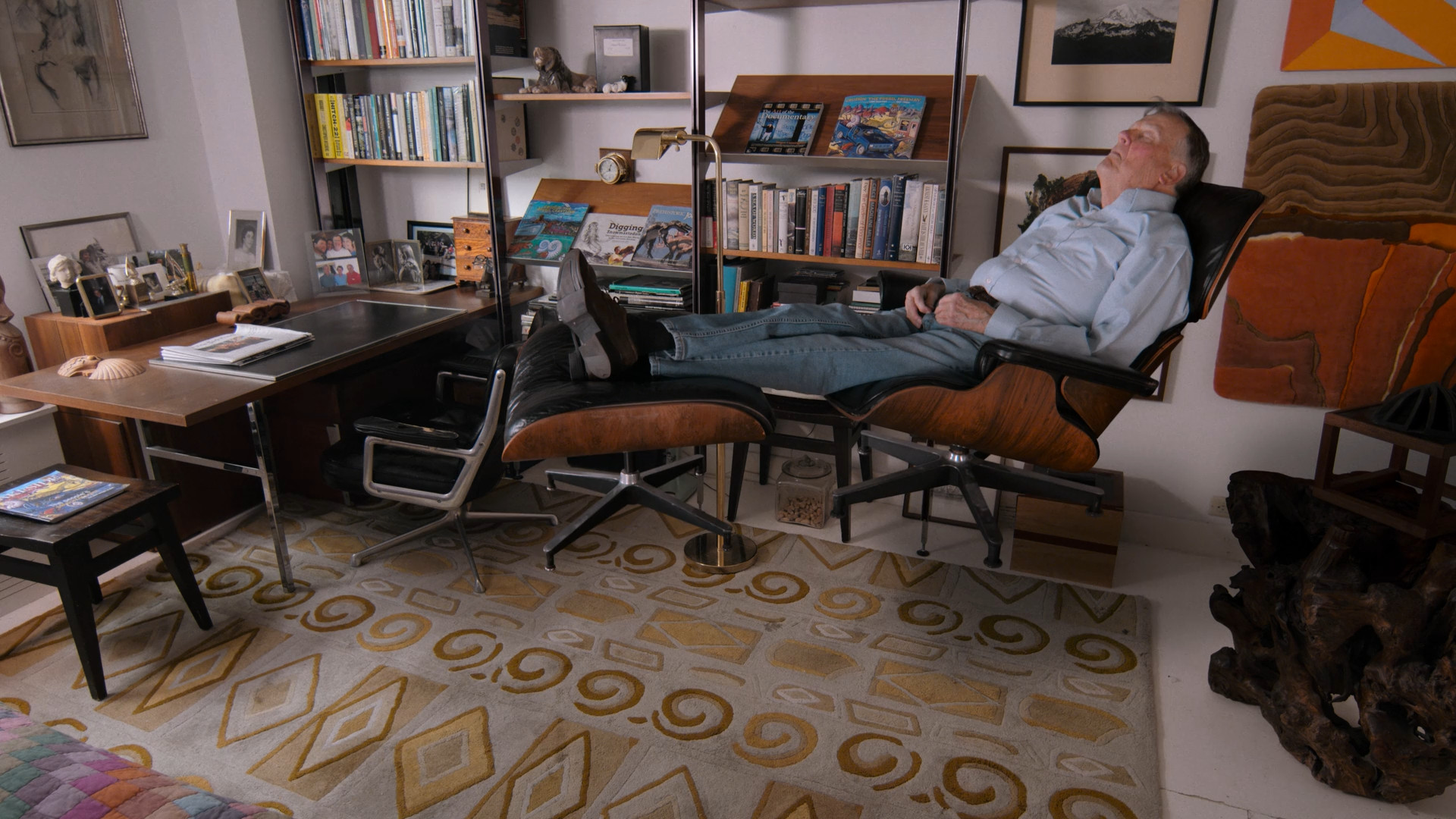 Documentary maker Kirsten Johnson tracks her father’s memory loss through Alzheimer’s and helps him prepare for the end of his life. He insists on his death being staged in various gruesome scenarios played out by stuntmen.

It takes real skill to make something so personal without alienating the audience. Johnson lost her mother to dementia and didn’t have any footage of her in her prime. When her father started suffering from the same symptoms, she started capturing as much as she could.

Why would we want to see someone’s home movie? Well in the hands of an accomplished documentarian a home movie can become something we can all reflect on and benefit from. That said, there are some parts of this that are just so private, I almost had to look away. I might even have felt some guilt creeping in, as the camera was starting to get in the way of the few precious moments left between father and daughter.

I’m glad they kept rolling though, and that Dick Johnson was so open to the idea. In any other setting this film would have crossed ethical boundaries, but the unique relationship between the two makes this feel more like a collaboration than a documentary with a ‘subject’ and ‘interviewer’.

A true one-of-a-kind. It’s funny, it’s warm, it’s creative, Dick Johnson is clearly a wonderful man with a passion for life and a twinkle in his eye—yet it’s all the above that makes so so devastating to watch. This is by no means a violent film yet somehow it’s not for the faint of heart. A must see, and it’s on Netflix so there’s no excuse.